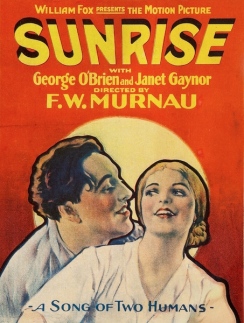 Murnau’s first film in America, throughout the decades hailed as one of the greatest film ever made.

Maybe it is, in some respects — for a film made 80 years ago it certainly stands up very well today. It’s helped by being a fable, giving it added resonance for any time period, though probably hindered by being silent (virtually — as one of the first films with a synchronised soundtrack there are some effects).

Certainly recommended to anyone interested in the history of film.