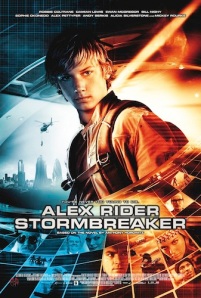 An adaptation of the first in Anthony Horowitz’s bestselling series of Alex Rider novels. It does a good job of translating the book, aided by an extensive cast of recognisable Brits (and some Yanks) and some entertaining action sequences.

It occasionally lets itself down in its choices of which bits to adapt and which to leave out, especially in the third act — some of the best action sequences are swapped for lesser ones (quad bikes for a horse in central London? Maybe a good idea on paper, but it doesn’t work), and the climax isn’t as fulfilling as the apparent one that happens just before it.

Not a bad effort, especially for kids.