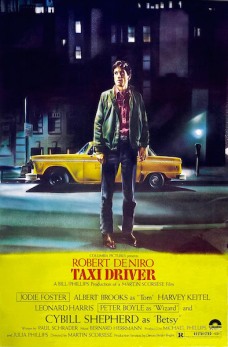 Much praised, discussed and quoted, Taxi Driver needs little introduction. The weight of expectation also makes it hard to judge when first viewed.

Personally, I didn’t buy Travis’ slide into psychosis, which is unfortunate as it’s the core of the film and why it’s meant to be so great. In fact, I found Robert Pupkin’s broadly similar, self delusion-based character arc in The King of Comedy more believable. The ending was also dubious, although one theory does make it work better, so it perhaps depends on what you choose to believe.

Further viewings may help the film work better for me — as my rating shows, I still liked the film as a whole, but I wasn’t as impressed as I’d been led to believe I would be.