Never mind Death, it’s another force entirely that the makers of Final Destination need to worry about. The law of diminishing returns, to be precise, and it strikes the series hard in its third instalment.

The setup’s the same as the first two: teenager has premonition of an accident, kicks up a screaming fuss, a bunch of people are saved, the accident happens killing others — usually including some we assumed would be saved — and then Death begins to pick them off one by one. The twist this time (it’s a sequel, of course there’s a twist) is that the last photo taken of someone before they die includes a clue to their death, and our hero just so happened to be snapping away at everyone for the yearbook…

Unfortunately, this time out, no one can seem to make the concept work. FD2 was a very direct sequel, bringing back surviving characters (well, character) and building on the concepts — primarily, everyone who was saved in Film 2 had been saved before by encountering a Film 1 survivor post-plane crash. What it also did was add an element of fun to the thriller plot. We know they’re all going to die, we know it’s a mystical force, but it played around with how it would happen,

with the ludicrously OTT setups that led to their death. It made it funny.

Final Destination 3 attempts most of this, but doesn’t succeed. We’ve got a wholly new set of characters, all of them high schoolers, losing the faintly interesting age diversity introduced in the second film. None of them are built up beyond the most surface of elements — the bimbos, the jock, the goths, the irritating one — and turn up one by one in order to die in a creative fashion.

Even the two leads we follow from victim to victim lack character, despite being given the whole film to develop some. Ryan Merrimen starts out as an irritating, stereotypical, loudmouth jerk, only to instantly discover a Surprising Sensitive Side when he survives because, well, the audience need to feel sympathetic towards him now. As the unwitting prophet, 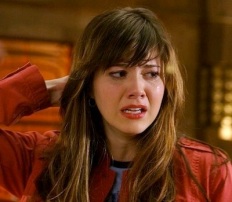 Mary Elisabeth Winstead, soon to be seen as the ultimate object of geeky desire in Scott Pilgrim vs. the World, is a wet blanket, filling the film with mopery about failing to save everyone. I suppose, when compared to her aloof hipster role in Pilgrim, it at least shows she has range. Her character is supposedly a control freak, a fact we’re battered around the head with thanks to painful expository dialogue, but that thread goes nowhere.

So what of The Point of a Final Destination film: the deaths? Some are moderately inventive, and one or two even provoked a crumb of the intended amusement, but somehow it didn’t click as it was clearly intended to (i.e. more with the humour of the second than the fear of the first). Even the most appropriate deaths — like the bimbos being burnt alive in sunbeds — somehow fails to generate the required level of interest. It may be that they’re just not ridiculously complicated enough. They’re implausible, certainly, but… not implausible enough. By the end, the lack of creativity is just disappointing.

As for the big opening — the poster-filling roller coaster crash — well, it follows in the footsteps of the second film more than the first. That is to say, in the first the plane just blew up (more or less), while in the second we were treated to an array of fanciful deaths in the extended pile-up sequence. You might expect the ‘coaster to just derail, but oh no: it goes back and forth, splits in half, people fly out, get hit by bits of track, fall onto spikes, fall… out… Maybe I was just in a bad mood or something but, like the rest of the deaths, it somehow didn’t work, didn’t fulfil the visceral need it was tilting at. I’d rather it had just derailed, plummeted to the ground — maybe exploding into an unrealistic fireball — and been done with. 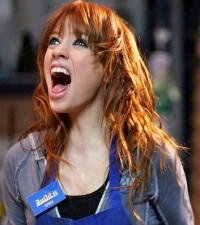 Plus, having set up the whole photos-predict-deaths thing, it’s barely used. Most of the pictures are kept out of sight for as long as possible, and only a couple offer reasonably discernible clues to the character’s fate. The others are either blatant — such as the one where a gun’s being pointed at her head (it’s actually a nail gun that does her in, but that hardly qualifies as a twist) — or too meaningless — being half-blinded by a camera flash apparently equates to a firework hitting you in the face, or something.

With its third entry, the Final Destination series nosedives in quality. The first was an entertaining high-concept horror-thriller; the second more of the same but with a ludicrously humorous bent; the third tries its hardest to do both, but fails miserably to pull off either. No wonder they were intending to scrap the series until the fourth’s miraculous box office turnaround.

Talking of the fourth, I hear it’s even worse. Perversely, I almost can’t wait to find out how.