Last week’s run of films from 1953 got me thinking about a couple of things. Firstly, about coincidence — out of a pile of 20 unposted reviews, it happened to be those that were among the first few I had ready to post. But, more pertinently, it was the last two, and the scores I gave them — 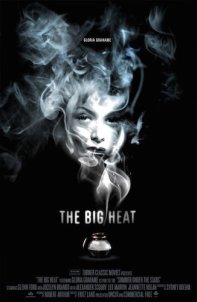 four for The Big Heat, five for Roman Holiday — that gave me the most to mull over.

To put it simply, I wondered “why?” Why is The Big Heat only worthy of four stars and Roman Holiday worthy of five? They weren’t scored relative to each other — I watched them almost a month apart, and while I take forever to post my reviews I usually rate the films straight away — so this contrast hadn’t been thrown up before, and probably would never have been had I not happened to post them side by side.

And yet, for all that, and having considered changing both scores, The Big Heat still has four stars and Roman Holiday still has five.

Putting The Big Heat up to five didn’t sit wholly easy, especially when I compared it to the scores I’ve given other noirs. This led me to wonder if I’m harsher on film noir because it’s a genre which, though I’m unquestionably still discovering it (most of those I’ve ever seen are reviewed here), 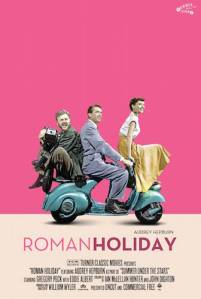 I have a good deal of affection for — and, therefore, expectation for its films. The same could be said of other favourite genres — action, thriller, etc.

Dropping Roman Holiday to four seemed wrong too, as if underrating it. This made me wonder if I was influenced by expectations — Roman Holiday is simply the kind of film one gives five stars too, thanks to Oscar wins and making a star of Audrey Hepburn and all that. I don’t think this is always an influence on me — I’m happy to give a respected film a slating if I disliked it, and vice versa — but when something sits borderline, I can be swayed by reputation.

Are star ratings just inherently rubbish? There’s a reason why reviewing publications from Sight & Sound to Doctor Who Magazine choose not to use them — and that’s in part because they invite instant, arguably invalid comparisons (such as the one I’m discussing). “Is W a whole star better than X?” “Are Y and Z actually worth the same score?” On many occasions the answer to such questions is “no”; that’s the inherent imprecision of having five possible scores and thousands of things that need scoring. By rating things with five stars the reviewer is placing them in broadly defined groups, and some will always be better than others within their group, and some will always be on the borderline — and some will get placed on the wrong side of it.

Many games magazines and websites using a percentage system (or they did in my day — several now seem to use an out-of-10 score… but merrily use decimal points, so it’s the same damn thing). I guess it’s an inbuilt cultural thing, because (other than an aggregate site like Rotten Tomatoes) 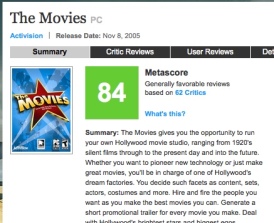 I’ve never seen films reviewed with a percentage. Theoretically, this method allows for 100 different scores — much more precise. In practice, of course, the lower ones are rarely used and the tippity-top ones are seldom (if ever) reached. Partly this is because you find your ‘average’ review score sitting less at 50% and more at 70% or higher. I believe this is because (like almost any reviewed art form) the bulk of what one encounters has been polished enough to earn a higher score — the average quality of work is of above-average quality, if you will. It also makes the system more liable to awkward questions: give one thing 95% and another 96% and you provoke “is the second definitely superior” arguments you wouldn’t get if they both just had 5 out of 5. Arguments aren’t necessarily a bad thing, of course, but it does require one to be frighteningly precise when scoring.

I’m not convinced the answer is to ditch all forms of rating. Perhaps a skilled reviewer could always present a perfect balance between their pro and anti thoughts on a review subject,

but I don’t think there are many of them about. Giving something a score stamps your opinion nice and clearly: there have been a good few reviews where I’ve mainly discussed the negative points of a film I’ve primarily liked, for whatever reason, and without the score at the end readers might get the wrong impression; I may even have penned a review or two where I’ve tried to draw out the positives from something I was giving a low score to. I’d wager this is true of most reviewers — it’s always possible for your text to be misinterpreted; for a reader to see a positive (or negative) bias, however balanced or actually-the-other you thought you were being.

That all said, a definitive summary sentence or paragraph would serve just as well — better, maybe — than a little line of stars. Hm.

I’m not going to ditch my star ratings, but this has caused me to have a good think about them. It’s clear the way I apply them is not always accurate (as if the fact I often include four-star films on my top tens while excluding numerous five-starers hadn’t made that clear), but — if only for my own satisfaction — I like the way they separate the bad from the good, the good from the great… however broadly.