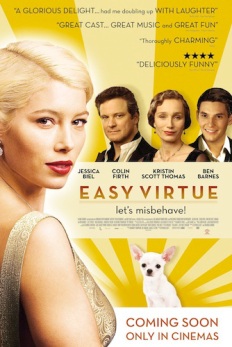 There doesn’t seem to be much love in the world for Easy Virtue, a witty adaptation of Noel Coward’s play (previously filmed in the ’20s by Alfred Hitchcock). A quick peek at some of my regular go-tos for such opinion-canvassing reveals a lamentable 6.6 on IMDb and an even worse 52% rating at Rotten Tomatoes. I don’t understand.

The plot concerns a young aristocratic Brit bringing his new American girlfriend — shockingly, a divorcee racing driver — back to his family’s stately home. The family are old money — the proper kind, where all the money’s gone. Cultural clashes and all sorts of other hijinks follow. Hilarity, with pleasant inevitability, ensues.

Obviously Easy Virtue is, primarily, a comedy. Fortunately, it’s frequently hilariously funny. You’d expect nothing less from a work taken from Coward, I suppose, and it doesn’t disappoint… well, didn’t disappoint me — as we’ve seen, others are a different matter. But hush, we’ll try to ignore them for the moment. There’s a decidedly wicked streak to the humour at times (a subplot about the fate of the family Chihuahua; lots of double entendres), which is welcome. The overall tone is light, largely, but not light in the head.

Director Stephan Elliott adds something extra to the wit with his choice of a wonderfully inventive soundtrack. (No disservice to those directly in charge of the music, but I’m certain I read somewhere — 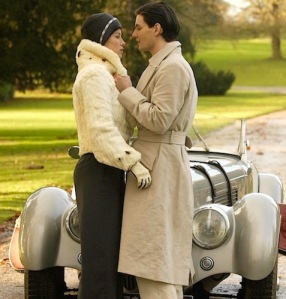 possibly in the soundtrack CD’s liner notes — that the following was Elliott’s idea.) Standards from the era are present and correct, but Cole Porter-styled reinterpretations of modern songs like Car Wash and Sex Bomb raise a smile whenever they turn up unexpectedly. It’s fabulously cheeky.

My notes also add that it is “beautifully shot [and] magnificently directed”, but unfortunately I come up short for examples after so long.

It’s not all giggles, though: there’s some surprisingly deep drama and emotions tucked in here, like the truth about Jessica Biel’s character’s past, central to the climax of the film. Naturally it falls largely on the cast to make this work, and they certainly do. The performances are frequently exceptional, especially Colin Firth, who negotiates the humour and drama with ease — his recollections of World War One being one of the darker points, for instance. I’m not entirely sure why but I have a distinct dislike of Kristin Scott Thomas, but here she’s very good as the nasty, coldly cruel mother.

I also particularly want to highlight Phillip, the awkward brother of the neighbours, and as such a minor character, played by Christian Brassington. This is the kind of character who turns up in plenty of comedies; a role that usually stops at “bumbling fool who likes the lead female but has no chance in a sweet, humours kind of way” (succinct, I know). Here, however, the character is redeemed at the end, when he tells a nasty character how cruel she’s been and aids in the ‘rescue’ of said lead female when she’s embarrassingly stranded. 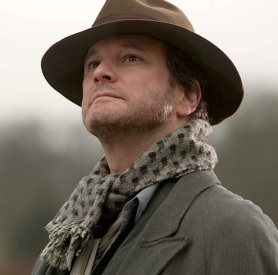 It’s still not a big part, nor a showy one, but those little closing tweaks left him standing out for me.

Describing Easy Virtue in a single word is easy: “underrated”. A shame that’s the word to reach for, but equally I’m not sure what other could appropriately encapsulate it. Witty, cheeky and irreverent, with surprisingly dramatic undertones — perhaps “jolly good fun” would suffice. Apart from that being three words.