Let’s get straight into it this month… 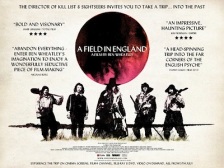 The second half of Wimbledon and tireless preparations for the exacting standards of a single-night guest put paid to film-watching for the first week of July (including the innovative multi-format premiere of A Field of England on 5th July, missing which provoked a reaction in me that begins with π and ends with -ssed off… though I did catch up with it soon after). Of course, that left three weeks to make up for it…

Except on the weekend of one of those weeks, my sister was getting married, which somehow turned into a near-week-long exercise in travelling and doing family stuff. Of course, that left two weeks to make up for it…

Except on returning from said wedding I went down with a cold so nasty it left me uninspired when it came to watching films, especially those that required my critical faculties to be, if not firing, then at least present. It’s still lingering now, actually.

Which means July ended up being, effectively, a week. (Well, maybe 10 days.) Bearing that in mind, I’m less downhearted that I only managed four films — I mean, that’s the same as last month, and I didn’t even have any excuses then. Plus I re-watched and will review Akira, so on that basis July still wins. Hurrah.

Keen-eyed regulars will have noticed the omission of the What Do You Mean You Haven’t Seen section, and even-keener-eyed ones will have noticed no film from that list on this month’s viewing. Sadly, yes, I missed it again — see above for my excuses. That puts me two behind now, after also missing April. Still, there are five months left yet, so we’ll see.

Nice to end on a cheery note, eh.

As this month marks the first time I’ve seen films directed by John Cassavetes and Ben Wheatley (separately, obv.), and as I noticed back in May that there seem to be an uncommonly high number of new-to-me important directors this year, I thought I’d take a look at some of the other significant or surprising helmers that I’ve not seen a single movie from.

This was done with the help of lists at They Shoot Picture’s, Don’t They? — both their old rated list and the current Top 250 Directors. Rather than just take the first five, however, I weeded them out on dual provisos of, a) subjective importance (i.e. ones I’d never actually heard of got dropped), and b) subjective obscurity (i.e. what were the realistic chances I’d have seen one of their films). That’s why, despite ‘only’ scoring 8 out of 10 and ‘only’ coming 32nd on the Top 250, my #1 on this list is…

And one TSPDT regards with snobbery… 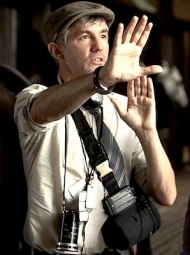 The theatrically-inclined Australian scores just 3 on TSPDT’s ranking, their lowest awarded mark. Only five others suffer this ignominy, and the only one I’ve heard of is Ed Wood. According to TSPDT, none of Luhrmann’s films are Highly Recommended, Recommended, or even Worth a Look. The best he can hope for is Strictly Ballroom being classed “Approach with Caution”. I’ve heard some Shakespearean scholars deem his 1996 Romeo + Juliet possibly the definitive screen interpretation of one of the Bard’s most famous plays, but TSPDT reckon it’s a “dud”. So too Moulin Rouge… which they then have to acknowledge (grudgingly, I imagine) is on their own list of the 21st Century’s Most Acclaimed Films (at #60 of 250 too, which isn’t bad).

Mr. Luhrmann has no real connection to the top five up there — I’ve seen some of his films; I’ve not seen all of them, which would’ve been a point of contrast — but his besmirchment caught my attention.

Which notable directors are missing from your own viewing experience? Or perhaps there are some you’ve managed to thankfully avoid? Mine would’ve been Uwe Boll… oh, would’ve been…

After the typically quieter J-months, August often sees a surge in my viewing. Fingers crossed for one this year too, as despite being ahead of goal (that’d be 58) I’m clearly off-pace to reach 100…