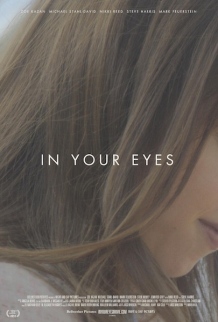 Perhaps most discussed for the way it was released — at the same time as the film’s festival premiere, writer-producer Joss Whedon made it available to rent online — In Your Eyes is worthy of note on its own merits as a movie, too.

A romance with a fantasy spin, it sees minor criminal Dylan (Michael Stahl-David) and bored well-to-do housewife Rebecca (Zoe Kazan) discover they can see through each other’s eyes and hear each other’s voice. They live very different lives far apart in the US, but nonetheless are both disaffected and lonely, and through their weird connection strike up a firm bond. Of course, something has to go wrong…

Anyone expecting a heavy fantasy flick from the creator of Buffy and the director of The Avengers will be sorely disappointed by what they find here. Rather than being the film’s subject, the fantasy element is an unusual way in to a relationship, as well as a setup for some amusing ‘set pieces’ (for want of a better word). I don’t believe the phenomenon that connects the two leads is ever explained, or even investigated. The focus instead lies on the effects it has on the characters.

Those are twofold: one, it’s about their burgeoning relationship. That clearly has romantic connotations, though she’s already married, to a high-flying (but controlling) doctor. 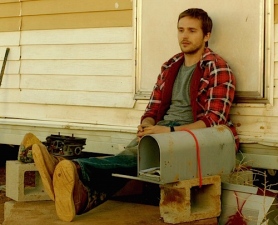 Secondly, their emotional connection means they begin to spend a lot of time in each other’s heads, distancing themselves from the world and, when they begin to be overheard talking to each other — or, as everyone else sees it, talking to themselves — people begin to get suspicious. And when you’ve got a controlling doctor for a husband, who knows about your history of mental health issues… well…

At times In Your Eyes is quite gentle. It’s primarily a series of conversations, wherein two people come to know and like each other. It does offer slices of humour, excitement and emotion, particularly in the aforementioned ‘set pieces’, but these are sprinkled or built up to, rather than barraged at you with an incessant need for your attention. Some won’t warm to this gradual unfurling of character and events, but if you’re prepared for that then I think there’s much to like. The leads are attractively played, quickly becoming people you want to spend time with and care about. The affection that’s carefully grown for them during the film pays dividends when it reaches the Big Climax.

Talking of climaxes, there’s also one of the more uncommon ‘sex’ scenes you’re ever likely to see. Not that anyone after titillation should be seeking it out, but Whedon is ever-excellent at carrying a concept through to its various logical conclusions. 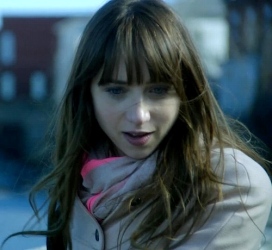 A character-driven romance that will likely bore some, In Your Eyes weaved a spell on me. It’s beautifully, simply directed by Brin Hill, the focus lying heavily on the characters and performances of Stahl-David and Kazan. If you warm to them — and I think many will — then they’re a pleasure to spend time with, and you become invested in where events will take them. More magical realist than hard fantasy, this isn’t one for serious genre fans. Romantics, however, may fall in love.

In Your Eyes is still available to rent and buy digitally from Vimeo.