This is a film blog (you may’ve noticed, it is in the title), but I spend a lot of my time watching TV. This is one of the reasons I have regularly struggled to make it to 100 films (not so much the last couple of years, but in general). Dedicated cineastes may find this unfathomable, and spend all their time watching as many films as they can gorge their eyeballs on, but I instead regularly fritter away said time on stuff like Arrow or Elementary or a 374th re-watch of Friends. Such is life.

So some of my viewing choices conform to the old-fashioned (way, way, completely-outdated-level old-fashioned) notion that TV isn’t really worth passing comment on; but there’s other stuff that is at least as high-quality as a decent movie — and, in some cases, considerably better. Therefore, provoked partly by this post by ghost of 82 (and our discussion in the comments), I’ve decided to post monthly thoughts on some of my TV viewing. I won’t bore you with every single thing I watch, nor dig too deep into what I do cover (not on a regular basis, anyway), but instead merely mention some highlights — and probably lowlights, too.

Last point before I begin: I watch hardly anything ‘live’ nowadays, so this certainly won’t be just “some stuff that happened to be on telly in the last four weeks”, but a mix of recent broadcasts, older stuff I’m (re-)watching, and stuff that isn’t broadcast at all (i.e. series from Amazon Prime and Netflix).

This month year-to-date I have mostly been watching…

The BBC’s Avengers-style mash-up of characters from the work of Charles Dickens is an interesting mishmash of a show — part soap, part sitcom, part murder mystery — probably quite like Dickens’ originals, to be honest. It’s also an interesting case study in dramatic irony: every major storyline is a prequel to one of Dickens’ works, so how much do you rely on the audience knowing where everyone ends up? We surely all know where Miss Havisham is headed, but do you remember exactly what roles Compeyson and Pocket have to play? And is anyone but a Dickens expert (or someone who’s read Wikipedia, obv.) aware of who Honoria Barbary grows up to be? As a show, it’s not as classy or accomplished as the Beeb’s peerless Bleak House (from a decade ago now!), but it’s considerably more entertaining than their version of Little Dorrit that followed (both apt comparisons, because they’re Dickens adaptations in 15+ parts). It’s designed to be a returning series, and I hope it gets recommissioned.

Oh, it’s a Woman’s Show — or, worse, a Teen Girl’s Show. There’s more to Gilmore Girls than that (stupidly reductive, anyway) description. OK, I’m not that fascinated by the ins and outs of Rory’s relationship dramas, and life would be simpler if Lorelai and Luke would just bloody well get together, but it’s endurable due to the fast*, witty, intelligent dialogue (seriously, these characters are impossibly well-read and -watched), the depiction of quirky small-town life and all its crazy characters, and the realistically antagonistic relationship between independent daughter and old-fashioned parents. I got quite far through watching Gilmore once before, many years ago, and then a while back started re-watching with a view to finishing it off. With Netflix’s four-movie revival coming later this year, it’s become time to get a wriggle on. So expect this to keep popping up — I’ve got 100 episodes to go…
* Favourite trivia: they talk so fast, scripts for the show were about 60% longer than an average TV script.

This is a few episodes in over the pond, I know, but it only started here on Monday (see also: The X Files). I’ve never seen one of Ryan Murphy’s other shows (Nip/Tuck, Glee, American Horror Story, etc), except for the Rocky Horror episode of Glee, which I hated. He seems to be quite a divisive creator, so maybe it’s for the best that here he’s only acting as producer and occasionally director. For people like me, who were too young to follow the O.J. case, this is a potentially-fascinating insight into a famous bit of… I was going to say “recent history”, but it’s 22 years ago now. Reportedly the series will focus on how the apparently open-and-shut case we witness in this episode goes astray at trial, which I guess makes this first part all about setting things up. If that is the case, I think there’s a lot of promise. 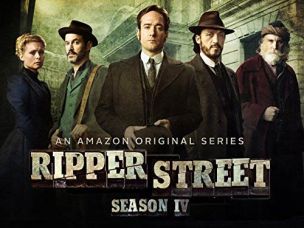 The Amazon-saved Victorian murder drama returned with a 130-minute episode shot in 2.35:1 widescreen — in other words, it was basically Ripper Street: The Movie. In truth, it was clearly designed as a two-parter, and would perhaps have played better in that form. The cinematography of that first episode is glorious though, so rich and well-designed, it’s practically worth watching just for that. Series 3 was the show’s strongest run so far, and for me the new series isn’t quite matching it yet, but it’s still a quality drama about dark deeds in dark places. 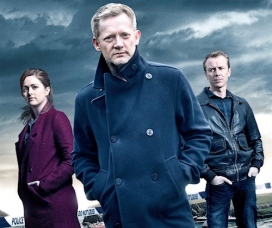 I don’t watch that much crime drama… says the person who’s already highlighted Dickensian, American Crime Story, and Ripper Street, and is also watching Death in Paradise, Elementary, and Vera right now. (I need to cut back on these.) One thing that works in Shetland’s favour is its remote, somewhat desolate setting. I suppose that makes it feel tapped into the Nordic Noir craze a little bit, though that’s probably where the comparison ends. This latest series is also telling a single story over its six parts, which is a change of pace for the show. It’s still in the “intriguing start” phase — there’s clearly something much bigger going on than these small-island cops are used to dealing with. 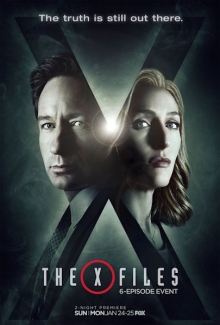 The X Files revival only has one episode left to air in the US now, but over here it’s barely begun (episode two went out on Monday). Despite the general apathetic reaction to the first episode (My Struggle), I largely enjoyed it. Only having dipped in to the original series meant I was thoroughly lost at times, but the Mulder and Scully reunion was suitably nostalgic and it threw around ideas with abandon. Episode two (Founder’s Mutation) seems to have been better received, but I can’t say I noticed a massive up-tick in quality. Ostensibly a “monster of the week” episode, it’s decent in that regard, though I also liked how it tapped into storylines from the past — when you’ve only got six episodes, making any of them completely cut-off and standalone feels somehow wasteful.

Things to Catch Up On

This month, I have mostly been missing the BBC’s new War and Peace — aka Phwoar and Peace, according to social media and/or journalists wanting to have influence on social media. It seemed like the kind of thing (i.e. lots of characters with Russian names) that would benefit from being watched intensively, rather than spread thin over a month and a half, so I’ve got it all saved up. Maybe next month, then.

Next month… largely more of the same, I should imagine — marking time until Daredevil returns…