Oh sure, some people can run and jump and swim and stuff really, really well — but can they sit on the sofa and watch TV as well as me, hm?

As much as I love Game of Thrones, and think season six’s final two instalments were some of the best TV episodes of this or any other year, I think the people who say The Americans is currently the best drama on TV may well be right. Even the Emmys have got on board, giving it some long-overdue nods in big categories.

I’m not sure season four contains a single hour I can point at to say “here is where it beats Thrones”, but then that exemplifies The Americans: it’s all about how things build over time; the eventual consequences of long-term events, and the consequences of those consequences, and the consequences of… you get the idea. That was how I first got into the show: watching the first season, I thought it was good, an entertaining spy thriller, watchable enough. It was only after the finale that I realised how great it had all been and that I actually loved it. Season two is even more of a case of this: at times it feels like the show has lost its way, and then the finale comes along and shows you the endgame and suddenly the whole year makes sense. And seasons three and four have only upped the ante from there.

This season really nails all the things the show does best. The central espionage storyline about chemical weapons could be a painfully obvious metaphor for the whole premise of the show, but that element isn’t overplayed. Themes of home and family, and the ever-present issues of loyalty, are examined from every angle and in every storyline. There are huge (huge) twists and changes to the series’ status quo, which is a bold move in a fourth season when there are two still to go — to leave behind characters and storylines that have helped fuel the series for so long, when there’s an endgame in sight (and it’s not that close) is kinda bold. And the season finale is a real kicker, with powerful performances and drama, and an ending which is strikingly unresolved… though, at the same time, if the show had been cancelled it’d be pretty resolved (that’s a bizarre, Schrödinger-y thing unto itself).

With the end now in sight, I don’t have the foggiest how the creators are going to choose to wrap things up (in two years and 23 episodes’ time), which is exciting in itself — how many shows genuinely feel like they could go for any option from a number of different endings, assuming they even get to end on their own terms in the first place? 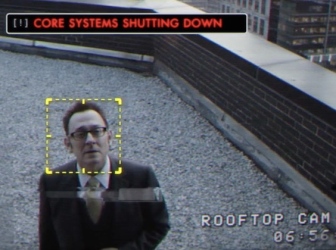 Watching this, it’s difficult to imagine anyone involved really believed they would get a sixth season — which is good, because (a) they stood very little chance, and (b) that means it wraps everything up to a nice, proper ending. My feelings on Jonah “brother of Christopher” Nolan’s cyber-thriller have oscillated over the years, and I’m a long way from agreeing with those who assert it’s actually one of the best sci-fi series ever; but for a show that started out as a fairly standard CBS procedural thriller, it did ultimately manage to play with and work around the network’s expectations to produce something superior. It’s a shame they clearly had to rush the final arc (marred further by having to hit a quota of ‘case of the week’ episodes, for some reason), but it still got to a good place. If you’ve not watched it but are interested, consider finding one of those “episodes you should definitely watch” guides (like this one) rather than committing to all 103 filler-riddled instalments.

In the end, this turned out to be less of a TV prequel to the comic book series than an expanded and rejigged adaptation of the comic’s opening four-issue story arc (with some stuff from later thrown in for added fuel). As Seth Rogen explained on the post-finale chat show Talking Preacher, the books throw an awful lot of quite comic-book-y ideas at you very quickly, and TV viewers maybe needed a little longer to digest all of that. Plus extra space to develop and examine the characters, of course. It’ll be interesting to see how future seasons handle the issue of adaptation. By the end of season one, the characters are in a place to launch into something closer to the rest of the comic; but, at the same time, budget issues have already forced some reimagining, so what else will it be forced to compromise or reinvent? I think the bold, fearless barminess of the TV series has earned it the right to our attention, whether it goes further off piste or hews closer still to its roots.