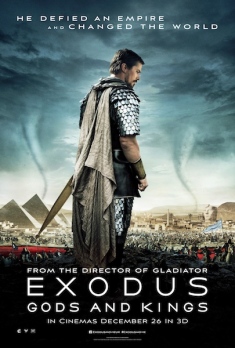 For his most recent historical epic, Ridley Scott tackles the story of Moses. It’s easy to nitpick, depending on your proclivities: whitewashed cast; lack of adherence to the Bible; Ridley’s typically flexible attitude to historiography; it was even banned in Egypt for the negative depiction of both rulers and slaves.

Those aside, it’s visually sumptuous and impressively mounted, with well-imagined semi-plausible versions of the tale’s fantastical elements. However, despite the epic length (and four screenwriters), it never gets inside characters’ heads — they’re just going through motions dictated centuries ago.

Primarily one for those already amenable to its genre or creators.