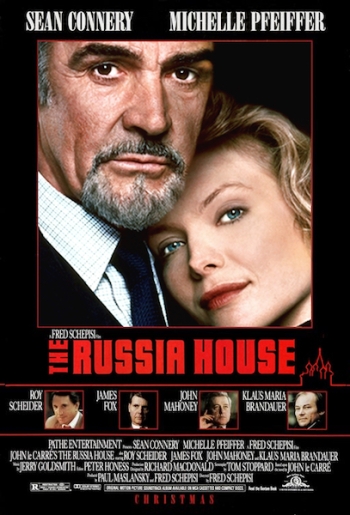 Sean Connery and Michelle Pfeiffer are on fine form in this romantic spy thriller adapted from a John le Carré novel.

Although it takes a little time to warm up, it soon reveals a typically intricate Le Carré narrative, with everyone playing everyone else as the intelligence agencies try to use Connery’s publisher to extract a Russian defector, with Pfeiffer as the go-between he begins to fall for. It all comes to a head with one of those delightful sequences where you’re not sure who’s conning who and how, and an ending that is, shall we say, pleasingly atypical for Le Carré.

The central performances are superb — I’m not sure Connery, playing against type as a washed-up ageing no-name, has ever been better. There’s a top-notch supporting cast too, including Roy Scheider as a CIA agent, James Fox as Connery’s MI6 handler, plus Michael Kitchen, Klaus Maria Brandauer, David Threlfall, and even Ken Russell. It looks fantastic as well, at least to me, in an unshowy, not over-processed, grainy, very film-y way. Thanks to digital photography, they literally don’t make them like this anymore; heck, thanks to digital grading they haven’t made them like this for about 20 years. 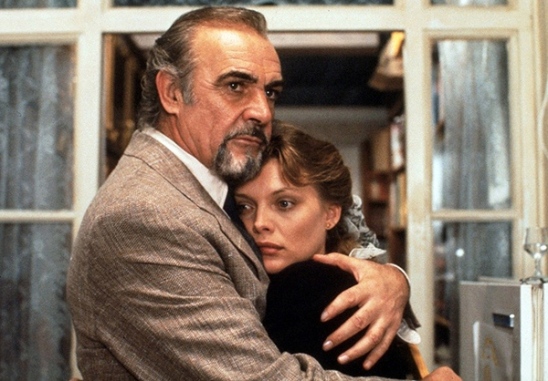 The Russia House is a much overlooked film, even within the small (but, recently, exponentially expanding) canon of Le Carré screen adaptations. However, with its engaging, uncommonly humane espionage story, driven by strong performances, I think it merits a degree of rediscovery.

The Russia House placed 16th on my list of The 20 Best Films I Saw For the First Time in 2016, which can be read in full here.