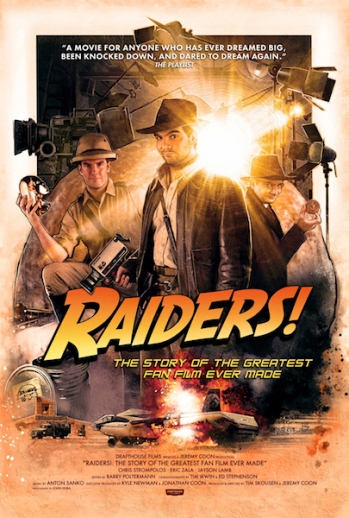 You may have heard about this: in 1982, a group of teenagers decided to remake Raiders of the Lost Ark shot for shot, starring themselves. It was a project that ended up filling their whole adolescence, filming scenes here and there every summer for years. Decades later, their amateur recreation (known nowadays as Raiders of the Lost Ark: The Adaptation) was uncovered by director Eli Roth, who passed it to Harry Knowles to screen at a film festival he organises, and it began to gain cult notoriety. Eventually, that new appreciation led to the guys reuniting in an attempt to crowdfund production of the one scene they were never able to shoot originally. This documentary tells the stories of both the original production and the attempt to complete it.

It’s a great tale, but unfortunately it’s told in a really sloppily made documentary. The narrative is a complete jumble — it jumps in and out of stories all over the place, getting distracted by something else before looping back around. Exposition and setup are bungled, leaving the viewer constantly playing catch-up and trying to piece things together. It throws in general observations mid-film that really belong in an introduction or conclusion. It goes back and forth in time at will — presumably someone thought they’d structured it to tell the parallel stories of the original project and the 2014 shoot, but the editing isn’t clear enough to support that structure. Interviews are cut to shreds, leaving soundbite-sized snippets that often fade out while the person’s still talking, just moving away without letting them finish. 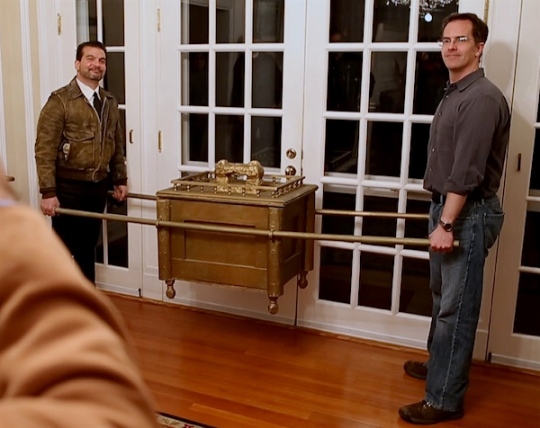 As a viewer, you endure all of this because the underlying story is so good, but there’s a better film to be made here — one that tells the story more clearly, that better draws out the characters of the people involved, the psychology of what they’re doing, and any latent thematic points too. I mean, what these guys did is extraordinary in its dedication, but it’s also completely bizarre. Why did they start it? What does it say about them, or their lives, or maybe even the human condition? And it does say something, I’d wager — you can almost glimpse it around the edges and in the corners of the documentary, but it rarely comes close to actually exploring it. There is a section on the kids’ shitty home lives — that’s something they all seemed to share — and how the Raiders project was a refuge. At this point the editing calms down and it’s briefly very good. If the whole film had displayed that same clarity, it would merit a higher rating.

As it stands, Raiders! has a brilliant story to tell, meaning it’s worth watching to learn about that, but I yearned for it to be told better.