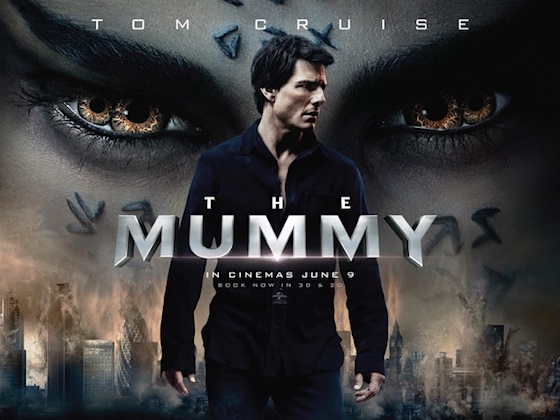 As studios scramble to emulate Marvel’s shared universe success, there are some very odd ideas being thrown around. One of the least odd, really, was Universal’s Dark Universe, which intended to mix together their various famous horror properties. At first blush that sounds as forced as most of these ideas are, but back in the day they made tonnes of “Dracula Meets Frankenstein” type movies, so why not do it again today? All of these movies were to be reboots, obviously, and they arguably played it safe by beginning with a reboot of one they rebooted before — a re-reboot, if you will. The Mummy 2017-style bears no resemblance to its popular ’90s forebear, but I doubt that was anything like the ’30s version anyway, so all’s fair in love and blockbuster moviemaking.

You’ll notice the repeated use of the past tense in my opening paragraph. That’s because The Mummy flopped, both critically and commercially, and the Dark Universe plans have been thrown into doubt. (Some say it’s been definitely cancelled, but I don’t think that’s been officially confirmed.) While I wouldn’t go so far as to call that a shame, I didn’t necessarily think The Mummy was that bad. On the other hand, it’s not great either… 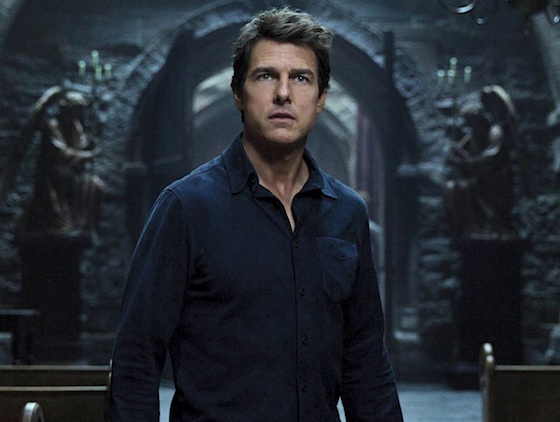 This iteration of the concept sets its scene in the present day war-torn Middle East, where Nick Morton (Tom Cruise) is a mercenary who stumbles upon a hidden tomb, inside which is the well-protected coffin of an Egyptian princess (Sofia Boutella). To cut to the chase, the dead lass wakes up, and brings all her supernatural powers to bear on destroying the world… or something. At the same time, Nick seems to have developed some kind of connection to her.

However, what sticks in your mind about The Mummy is not its eponymous villain, but all the time it spends trying to establish the aforementioned shared universe. Nick eventually comes into contact with a secretive organisation headed by Dr. Henry Jekyll — a name we all know, of course, so you begin to see the connections developing. You can’t help but feel more effort has been put into setting up this element than the movie that surrounds it, which therefore feels like little more than a delivery system for Dark Universe: Part 1.

But let’s try to judge it anyway. Primarily, it’s a tonal mishmash. It’s not exciting enough to satisfy as an action movie, but not scary enough to qualify as a horror. There’s humour, but it’s poorly integrated, feeling at odds with the dark tone. This is a PG-13 movie that kinda wants to be an R, but not so much that it’ll really commit to sitting on that PG-13/R line. Whole sequences and imagery seems to have been included just to look good in the trailer. For example, a bunch of business with a sandstorm in London — in the trailer it looked like it would be some sort of end-of-the-world climax, but it’s actually just a bit of a chase scene to get characters from one location to another. 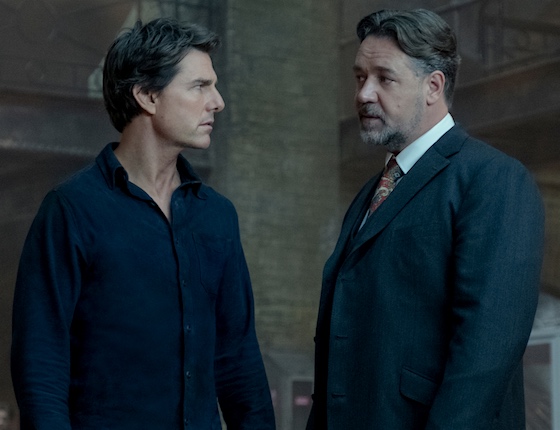 Cruise isn’t given room to display his usual charm, instead wandering through the plot being told stuff and always threatening to tip over into being the villain. This movie always seemed like an odd choice for him — getting stuck into a franchise-within-a-franchise at this stage in his career — and, yeah, it remains an odd choice. Russell Crowe phones in his Nick Fury turn as Jekyll, while sidekicks Annabelle Wallis and Jake Johnson fight against the material as they struggle to make their mark. Boutella’s part makes feints at complexity, but is ultimately no deeper than you’d expect the Mummy’s role to be in a Mummy movie.

And after all that it doesn’t even end properly. It’s not even that it’s blatantly set up for a sequel (it’s not, really), but it’s clearly aware that it’s part of a shared universe and they might want some of these characters back. Well, that’s what this is all about, don’t forget — Dark Universe: Part 1.

Despite all that, there are hints of a decent movie here: the first act is fairly good, and while the humorous moments may sit oddly with the pervading tone, they’re mostly fine in themselves. But it’s too concerned with establishing a universe when it should worry about being a good yarn in its own right, meaning it fails to do either adequately. 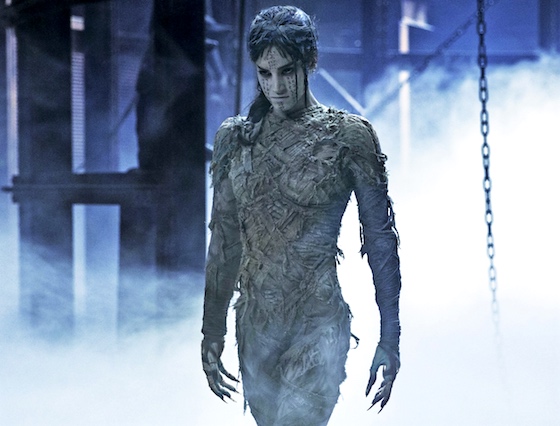 When I started this review I was going to end up giving it a generous 3 (that’s what it’s down as in my 2017 stats therefore), but my memories of whatever I liked enough to nudge it upwards have begun to fade. The Mummy — and the Dark Universe it was meant to kick off — could’ve been something, if not great, then at least worthwhile. Shame.