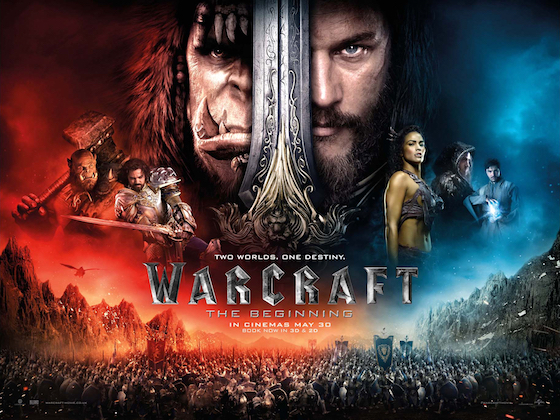 Produced by Legendary — one of the companies behind the Dark Knight trilogy, Jurassic World, Godzilla, and many other massive hits — the only thing that’s “legendary” about the Warcraft movie is how terrible it is.

Based on the long-running video game franchise, Warcraft (optimistically retitled Warcraft: The Beginning in many territories) is, based on what I’ve read, less an adaptation of the game (which has many different incarnations anyhow) and more an expansion of its universe. Rather than take the game itself and try to mush it into the shape of a movie, as most video game adaptations are forced to do, Warcraft depicts some of the game-world’s backstory, taking care to keep events canonical. I’m sure this is brilliant for fans and players, but I wonder if it’s part of why the film feels muddled and tacky to those of us who are uninitiated. Of course, at its best such efforts can make newcomers want to learn more; but at its worst it leaves you feeling confused and shut out. Warcraft is definitely a case of the latter.

It plays like a $160 million fan film. It doesn’t bother with world-building, just throwing the viewer in at the deep end. That can work, but it needs to be carefully managed. Warcraft just ploughs ahead, going deeper and deeper. It’s been made for people who know this world, its places, its people, its concepts, its rules. The film is a prequel to something that doesn’t exist — or, rather, something that doesn’t exist as a movie. And yet, for all co-writer/director Duncan Jones’ efforts to remain faithful, apparently it’s not faithful enough for some of the hardcore. It seems the movie has wound up in a place where it’s not stuck to the backstory enough to please initiated fans, but not opened itself up enough to be accessible to newcomers either. 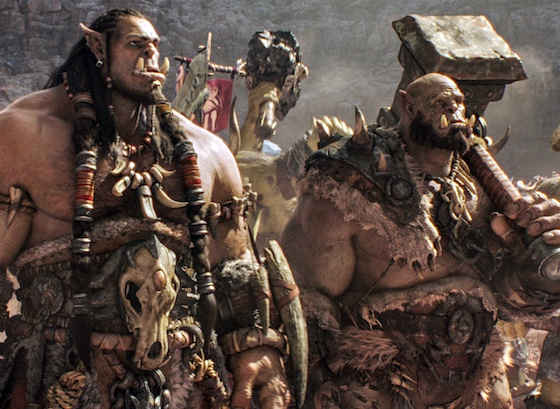 Unfortunately, the problems don’t stop there. Characters’ personalities change from one scene to the next, with no sense of development or connection. Many of the performances are stilted or clumsy, with a good deal of the actors feeling miscast. Scenes exist in isolation, with little sense they should follow what was before or precede what comes after. It feels like it was heavily messed around in post — not just stuff chopped out (reportedly Jones’ director’s cut was 40 minutes longer), but things moved around within the story — but then something will happen that suggests those scenes were always meant to be where they are. Whatever the cause, it makes it even harder to follow a story that already feels like it’s shutting out newcomers.

The biggest shame is that you can see glimmers of potential — mainly in the world itself, which is clearly quite thoroughly realised (presumably thanks to having been developed over many, many years of the games’ existence). But then, the story that takes place within that world isn’t an especially original or interesting one. Or, rather, I don’t think it is. I mean, it’s hard to tell what precisely is going on half the time.

A lot of the technical merits are strong, too. Almost every shot is loaded with CGI, but the vast majority of it looks pretty incredible. It’s no wonder some bits come up short, however, because the sheer volume of different locations, creatures, and spell effects is mind-boggling. Obviously some parts are going to suffer when you bite off more than you can chew. If there’s a problem here it might be that the design work is quite “high fantasy” — it’s all exaggerated and almost cartoony, as opposed to the more realistic take of something like Peter Jackson’s Lord of the Rings. That’s not to everyone’s taste; indeed, it might be part of why such fantasy tales used to be (and, often, still are) such a niche market.

Talking of the market, reports say Warcraft needed to gross $450m just to break even. In the US, it took $47.4m. No, I didn’t put the decimal in the wrong place. And that’s not opening weekend, that’s in total. It was a big hit in China, but that wasn’t enough: worldwide it managed just shy of $434m (which, fact fans, makes it one of only two American movies to gross over $400m without making $100m in the US (the other was Terminator Genisys)). Jones had plans for sequels (he’s shared them on Twitter, which naturally got turned into news articles, if you’re interested), but, yeah, they’re not happening. Thank goodness the Chinese didn’t give it another few million, because this project already feels like a waste of five years of the director’s promising career. You could see Jones as currently being on a similar path to that previously trodden by the likes of M. Night Shyamalan and Neill Blomkamp: a hugely successful debut followed by increasingly poor, eventually terrible films. Hopefully his next movie, Mute (available exclusively on Netflix from today), will rectify that.

Warcraft: The Beginning featured on my list of The Five Worst Films I Saw For the First Time in 2017, which can be read in full here.