When I rewatched The Nice Guys on Blu-ray, I also watched the (pathetic selection of) special features, in which Ryan Gosling mentions being a fan of Shane Black before he knew who Shane Black was because growing up he loved The Monster Squad. To cut to the obvious, that inspired me to watch the thing.

It’s about a group of young kids who idolise classic monster movies, but basically find themselves in one when Dracula and friends come alive and set about finding an amulet that will allow them to control the world. The film wasn’t a success on its original release, but has gained a cult following since. It feels like that kind of movie, too.

It’s also the kind of film I can imagine you’d love if you saw it at the right age, but the “right age” is not, it would seem, the one I am now. Really, it’s a kids’ movie, despite the BBFC’s 15 certificate. There’s more swearing and stuff than you’d typically expect from a kids’ movie, which I’m sure led to that classification, though as it’s not been submitted since 1990 perhaps they’d give it a 12 today. Nonetheless, the tone feels more aimed at, say, ten-year-olds — it stars kids who are 12 and under, and I bet they’re a moderately realistic version thereof, despite what ratings bodies would like. 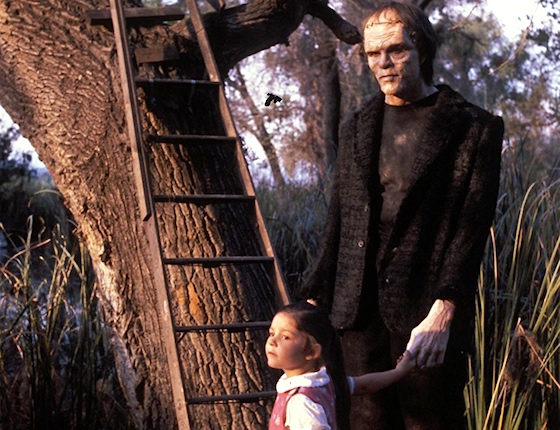 That’s not to say it’s without value for those of us coming to it late. There’s great make-up and creature effects, better than you might expect given the overall quality of the film, which is what you get when Stan Winston’s involved. It’s under 80 minutes long, which keeps things pleasantly fast — there’s very little titting about with bits of plot that we know where they’re going, it just gets there. There are some good lines too, as you’d expect from a Shane Black screenplay, although it’s surprisingly scrappily constructed. Perhaps that’s Fred Dekker’s limited skill as a director rather than Black’s screenplay? This was early in his career, mind, so maybe Black wasn’t up to scratch yet — it came out the same year as the film that made his name, Lethal Weapon… which I didn’t actually like much either, so…

The Monster Squad wasn’t a huge success for me, then, but I imagine if you saw it at the right age it would become a nostalgic favourite.