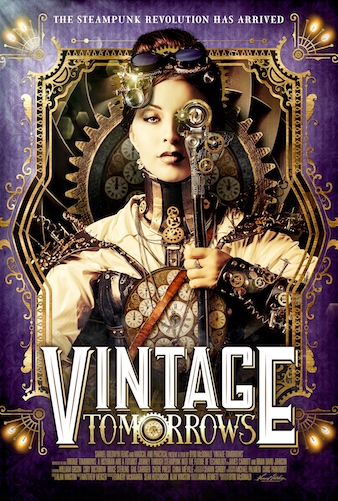 Heard the term “steampunk” but don’t really know what it is? Or have an idea, but you’d like a fuller picture of the whole subculture? Then this is the film for you, my friend, because Vintage Tomorrows is basically Steampunk 101.

For those that don’t know, steampunk is a kind of alternate history, where Victorian-esque technology and fashion rub against advanced technology — think steam-powered cars; clockwork machinery; and cogs. Lots of cogs. Although little more than an hour long, Vintage Tomorrows does a good job of providing an overview of the movement, encompassing the cool literature, fun costumes, impressive self-built gizmos, and so on. It also doesn’t ignore the political dimension: how steampunk does — or, frequently, doesn’t — deal with the dark side of the Victorian era: the poverty, oppression, racism, colonialism, misogyny, and so forth. Mainly, the subculture still needs to “grow up” and tackle that stuff. With plenty of featured interviewees, it’s also interesting to hear the different ideas that different people have about what exactly steampunk is and should be — there are clearly dissenting voices, rather than a homogenous whole. I guess that’s probably true of any subculture, but I imagine particularly one that’s quite counter-cultural.

That said, when some people start placing steampunk in the context of widespread movements like the Beat Generation, hippies, punk, hip-hop — asserting that it’s following in their footsteps — I think they’re possibly going a bit far. It may be inspired by the same mentality (the rejection of the mainstream, the desire to create something different, the search for your own identity and people who share it), but to imply steampunk is having the same influence on wider culture that those earlier movements did… I don’t think so. Not yet, anyway. In the future? Who knows. 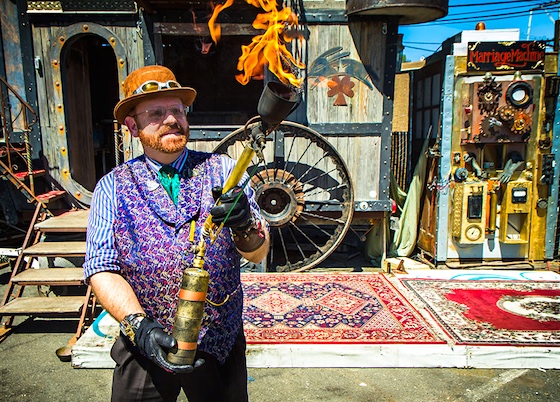 Indeed, some pretentious assumptions come to the fore when the interviewees get on to the subject of modern technology. They don’t like sleek, minimalist, Apple-esque design — it’s not complicated or tactile enough for them. Fine, if that’s your taste — but it is just your taste. A lot of people love that stuff. And, actually, it’s not a different subculture that loves it, it’s the mainstream. If the mainstream didn’t like it, something else would’ve swept it aside by now. But a level of self-absorption seems to go hand-in-hand with those at the forefront of niche movements, so I guess we should expect such attitudes.

Set aside those occasionally presumptive attitudes, and there’s a lot to like about steampunk. Well, if it meshes with your sensibilities, anyway. It’s not something I’d want to partake in myself, but it looks like a fun alternate reality to be a part of. And if Hollywood saw fit to give us a few more movies that fit into the genre (because there haven’t been many, I believe), I certainly wouldn’t complain.