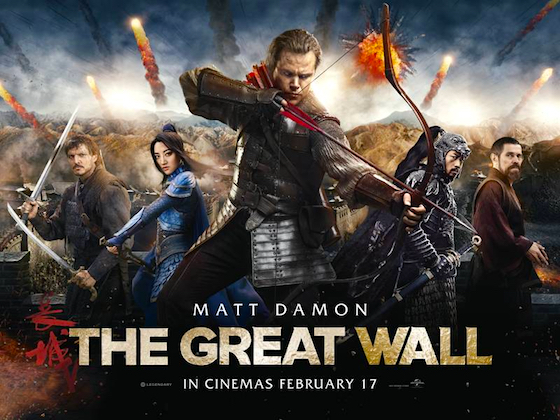 This movie was on a hiding to nothing from the moment people got wind of the fact it was a China-set action movie starring white American Matt Damon. Increased representation is all well and good, but you still need a big-name star in order to get funding for your movie if it’s a $150 million production aimed at a global audience, and the stars who can sell movies that big around the world are almost exclusively white. It’ll be a positive thing when that changes, but it’s the way it is right now. Should we write off entire movies just because they have to think about budget more than political correctness?

There are pros and cons within the film itself. Damon plays a mercenary who stumbles upon China’s national secret: that the Great Wall was built to keep out monstrous beasts, and when they attack it has to be defended. An outsider character works as a good way into this story, though of course there are “white saviour” issues with it being someone who looks like Matt Damon. If you want to object to the movie entirely for those reasons, that’s your prerogative. There were other criticisms of it as a piece of entertainment, but I hold even less stock in those, because I thought it was highly entertaining.

The best bit is the first 25 minutes. This opening salvo is phenomenal: a huge, well-made battle sequence with tonnes of cool moments. It’s so epic, it feels like the climax. That leaves you wondering where the film possibly has left to go for the next hour-and-change — can it possibly have something up its sleeve to top that? Unsurprisingly, it heads away from huge battles and into skirmish territory. Fortunately, inventive ideas keep these sequences from feeling like lesser fodder than the epic opening act. In the end, it never does top the opener, but hey-ho. 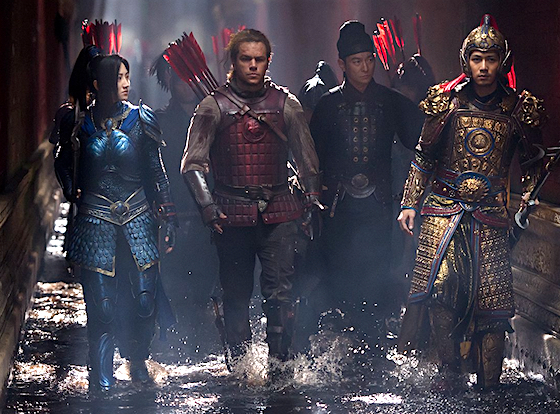 As for the plot, well, it is what it is. There are some obvious holes and contrivances (most obviously: why do they hold back some weapons and tactics to only use in later battles?), but nothing I found too bothering for the type of entertainment the film seeks to provide. Character work is also about what you’d expect from an action-adventure blockbuster, though Damon and Pedro Pascal have a buddy relationship that’s a lot of fun. Despite the presence in key roles of Damon, Pascal, and Willem Dafoe, most of the cast are actually Asian, with the standout being Jing Tian as a strong female co-lead.

As you might expect from the director of Hero, the film is a visual feast. There’s vibrant design work, emphasised by cinematography from DPs Stuart Dryburgh and Zhao Xiaoding that makes things like the colour-coded soldiers really pop. And the 3D is spectacular. Although it’s a post-conversion, the film definitely seems to have been shot with it in mind. The massive scale of the wall allows for both deep scenery shots and extreme height, especially when we follow the class of warriors who dive off the wall to fight while abseiling down it. Then there are the arrows, throwing axes, leaping monsters, exploding monsters… Of course the rest of the film has visual depth too — facial details in close-ups, the scale of a large banquet hall, and so on — but the action scenes are a riot.

That’s why I enjoyed The Great Wall, despite its daft plot. The action is a lot of fun, and the whole thing looks spectacular in 3D. From an action-adventure blockbuster, that’ll do me nicely.