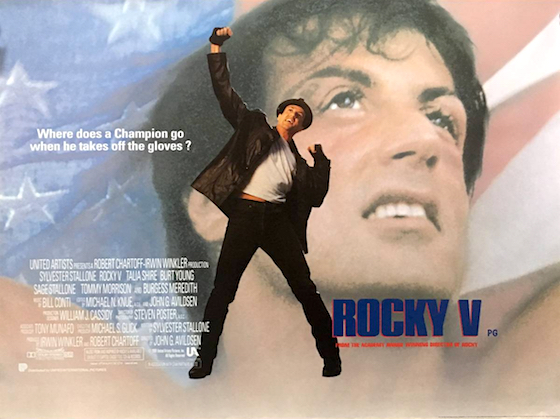 With his career apparently on the wane, the promise of a payday tempted writer and star Sylvester Stallone to reignite the Rocky franchise for one final round (as it’s turned out, this was far from the end, but more on that another time). After the cartoonish excess of Rocky IV, Stallone tried to shepherd this film back towards the series’ roots as a gritty drama, going so far as to rehire the Oscar-winning director of the first film, John G. Avildsen. It didn’t work: Rocky V was met with poor reviews and poor box office. Stallone himself has admitted its failure in the decades since: when he was asked to rate each of the Rocky films out of ten, he gave this one zero. In spite of all that, I thought it was… fine.

The plot picks up immediately after the end of Rocky IV, with the eponymous pugilist learning that the beating he took from Drago has left him with serious brain damage — one more fight could kill him. At the same time, a bad financial decision by Rocky’s brother-in-law Paulie (Burt Young) leaves the Balboa family in ruins, forced to move back to their old neighbourhood. Despite lucrative fight offers, Adrian (Talia Shire) insists Rocky remained retired, which leads to him encountering Tommy Gunn (Tommy Morrison), a wannabe boxer keen to be trained by the great Rocky. As Rocky begins to live vicariously through the increasingly successful Tommy, his son, Rocky Jr (played by Stallone’s own kid, Sage Stallone) is feeling neglected, especially as he’s struggling with bullies at his rough new school. 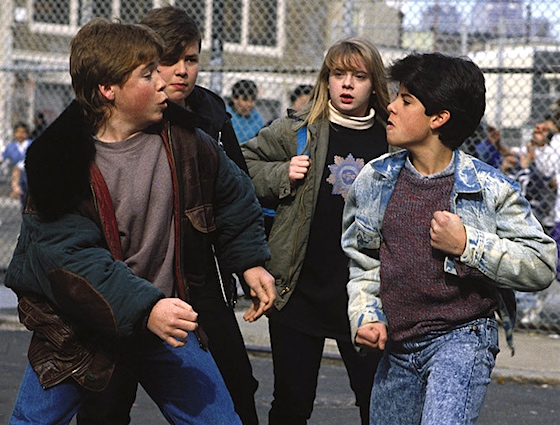 So, you can see how the film is trying to be more grounded — gone are the flag-waving ultra-patriotic theatrics of the last film, replaced with a grim story of financial ruin, inner city hardship, and what life is like after your dreams are over. It’s all a bit much. Indeed, it’s probably too much, because Stallone’s attempt to course-correct the franchise overshoots, sailing past gritty realism and into melodrama territory. There’s a lot of shouting and emotional theatrics, and the subplots are all a bit pat. I mean, Rocky neglecting his son because he’s training a fighter who he treats like a son is a solid enough plot, but it’s kinda obvious and we’ve seen its ilk before, and the way it plays doesn’t offer an original perspective on the material. So while it does work as a story, it’s part of what I mean about it being a melodrama — it’s not realism, it’s a heightened Movie story.

The rest of the film is similarly afflicted — there are plenty of cheesy parts, but it wouldn’t be a Rocky movie if there weren’t — though some behind-the-scenes choices don’t help. For example, Tommy Morrison was a real-life boxer, which probably seemed like a clever casting decision, but, given his limited acting ability, was possibly a mistake. That said, while he’s hardly a spectacular actor, I didn’t think he’s as bad as some people say. One thing that definitely doesn’t work is the soundtrack. The film is often scored with rap songs, which don’t fit the character at all. I don’t know whose decision it was, but presumably not Avildsen’s: in 2002 he snuck a workprint version of the film out online, dubbing it the “director’s cut”, and apparently it includes a lot more of Bill Conti’s original score. There were various other changes as well (you can read a review here). I don’t know how easy that version is to find nowadays, or what kind of quality it’s available in — in the 16 years since, it’s not been granted an official release. 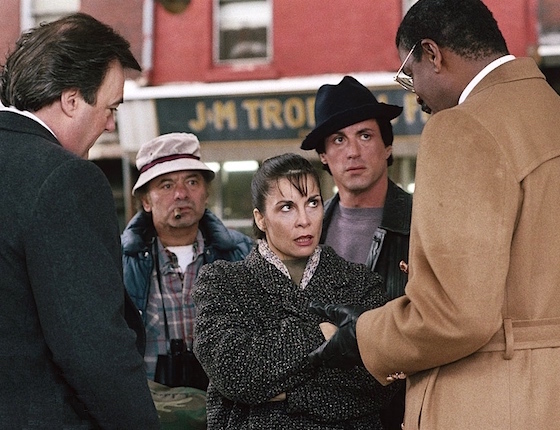 The originally planned ending for the film had Rocky dying after the final fight, but Stallone and/or the studio thought that didn’t really fit the tone and themes of the series. Quite right, too. It also left the door open for the series to eventually continue and redeem itself: there’s the revival movie, Rocky Balboa; the spin-off with Rocky as a trainer, Creed; and the spin-off where Rocky got turned into a squirrel or a moose or something, The Adventures of Rocky and Bullwinkle. I can’t wait to see how that came about. (I jest — I know he’s the squirrel.*)

Altogether, I don’t quite see why Rocky V gets so reviled. It’s certainly not the best movie in the series — indeed, it’s probably the lowest point, lacking the realism of the early films, the entertaining ridiculousness of its immediate predecessors, and the feel-good zero-to-hero arc seen in all of those — but it’s a passable-enough drama in its own right.