Master movie spoofer Mel Brooks’ penultimate work as director was this riff on the Robin Hood legend, in particular the version seen in Prince of Thieves.

Although generally regarded as one of Brooks’ lesser movies, its deeply silly style tickles, and also means you don’t have to have seen Prince of Thieves (or remember it) to get most of the jokes. Cary Elwes is on point as the dashing hero, while Roger Rees successfully spoofs the unspoofable with a version of Alan Rickman’s villain. Instead of Nottingham he’s the Sheriff of Rottingham, a pun that indicates the film’s humour level.

San Andreas is a most amusing movie. It’s not a comedy, just a generic effects-driven disaster movie in exactly the same style Hollywood has been producing for about 20 years.

In its favour it has the surprising likeability of Mr The Rock, Paul Giamatti hamming it up for a paycheque, and the mammarially blessed Alexandra Daddario running around, lazing in a bikini, getting wet, etc. There’s some solid spectacle, including a couple of nice long takes, which is what these movies are all about.

Conversely, it couldn’t be any cheesier if it had been entirely made out of dairy products.

Screened before Logan in the US but only available to us poor disadvantaged foreigners thanks to the magic of the interweb, No Good Deed could be regarded as nothing more than a teaser trailer were it not: (a) about four times longer than your average teaser, (b) almost certainly not actually part of the film it’s teasing, (c) listed on IMDb and so forth as a short film, and (d) a self-contained story that is, all things considered, pretty amusing.

If you were also unfortunate enough to have not had your screening of Logan graced by Deadpool’s irreverent goodness, enjoy:

The twisty plot of murder and thievery is enlivened by duplicitous performances from femme fatale Mary Astor, an effeminate Peter Lorre, the always welcome Elisha Cook Jr., and the humungous presence of Sydney Greenstreet, making his film debut at 60 and stealing every scene.

It’s also the directorial debut of John Huston, whose work alongside cinematographer Arthur Edeson is the greatest star: the low-key lighting and dramatic angles are (like the rest of the film) archetypal noir.

The Maltese Falcon was viewed as part of my What Do You Mean You Haven’t Seen…? 2016 project, which you can read more about here.

Based on 17th Century Italian fairytales by Giambattista Basile, Tale of Tales relates three interlocking stories of dark fantasy. If there’s one thing that really connects them, it’s thematic: essentially, “be careful what you wish for”; or maybe “be grateful for what you’ve got”. There are primary characters in each tale who go to disgustingly extraordinary lengths to achieve what they desire — eating a sea-monster’s heart raw, breeding a giant flea, self-flaying — and it rarely turns out for the best.

If you can stomach the contents, there’s a quality cast, and the locations, production design, and cinematography are simply gorgeous.

Roman Polanski’s semi-autobiographical biopic of Wladyslaw Szpilman (Adrien Brody), who survived the Warsaw ghetto in World War 2 primarily through luck and good fortune, is a subtly powerful work. It may not poke at your emotions quite so readily as, say, Schindler’s List, but that’s because Polanski and screenwriter Ronald Harwood dodge histrionics or an operatic envisioning of events. Instead this feels like a grounded relation of the facts, with everyday heroism (and cruelty) the order of the day — but, of course, there’s nothing “everyday” about it.

If this were fiction it would seem improbable; because it’s true, it’s extraordinary.

The Pianist was viewed as part of my What Do You Mean You Haven’t Seen…? 2016 project, which you can read more about here. 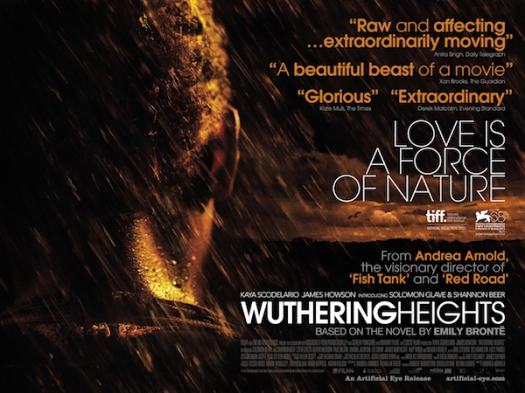 A world away from heritage adaptations of classic literature (or, indeed, that Kate Bush song), Andrea Arnold’s earthy, plausible take on Emily Brontë’s beloved novel (the first half of it, anyway) won’t be to all tastes — particularly anyone after an epic romance feel — but its sparse dialogue, Malickian attention to nature, and oppressive mood make for a benumbing work of cinematic art.

The claustrophobic 4:3 framing and mist-shrouded photography lock us into an isolated world, where rough people treat each other roughly and misery begets misery, from which neither we nor the characters can escape. It’s grim up north, indeed.

The true story of Christopher McCandless, who abandoned regular life after college to go hitchhiking and become one with nature or something, then accidentally killed himself by being a pretentious wanker.

The filmmaking is driven by this same youthful pomposity, which when you consider it was “screenplay and directed by” (to quote the awkward credits) a 47-year-old Sean Penn makes it feel both inauthentic and also, frankly, a little pathetic.

At least there’s some stunning scenery; and Hal Holbrook’s performance as a lonely old man, whose outward cheerfulness masks inner sorrow and a need reengage with life, is suitably affecting.

Into the Wild was viewed as part of my What Do You Mean You Haven’t Seen…? 2017 project, which you can read more about here.

It featured on my list of The Five Worst Films I Saw For the First Time in 2017, which can be read in full here. 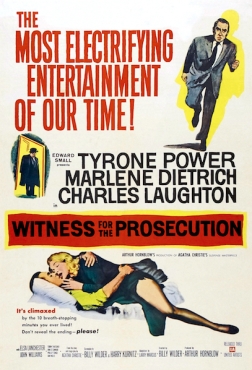 Charles Laughton and Marlene Dietrich shine in this adaptation of Agatha Christie’s play (in turn based on her short story), about a man accused of murder but who proclaims his innocence (Tyrone Power), the barrister who decides to take the case (Laughton), and the man’s wife who agrees to alibi him but seems somehow suspicious (Dietrich).

Despite expanding the action from the play, it’s still dialogue-heavy and a little stagey in places — but between the engrossingly labyrinthine plot, those captivating performances, and some humour added by screenwriters Billy Wilder and Harry Kurnitz, such potential criticisms are irrelevant.

A new adaptation of The Witness for the Prosecution begins on BBC One tonight at 9pm.

A squire fakes being a knight to win a jousting contest, and a lady’s affection, in this medieval comedy-adventure.

Renowned for its anachronistic use of rock music, there’s actually not much of that, but there’s plenty of comedy and adventure — too much: it’s a little long (that there’s an extended DVD beggars belief). An able cast keep it ticking: Heath Ledger hefts the derring-do and romance, with comic support from Mark Addy, Alan Tudyk, and Paul Bettany; but love interest Shannyn Sossamon is clearly miscast.

Though a favourite to some, I wouldn’t say it’s under-appreciated, but it’s a fun romp.