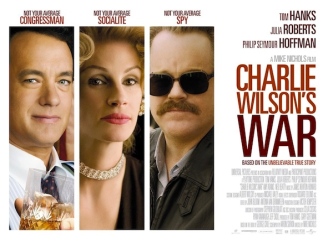 Unlikely stories can make great movies, or at least fun ones, and if this isn’t the former then it’s largely the latter.

It’s about a hard-partying US congressman (Tom Hanks) who suddenly becomes interested in the Soviet occupation of Afghanistan, so increases support for the rebels by calling in the many favours he’s collected.

Boasting a typically witty script from Aaron Sorkin, and a cast (including Philip Seymour Hoffman) capable of delivering it, it makes a potentially grim topic surprisingly entertaining — which is presumably why acknowledgement of the aftereffects is reduced to one subtle, but chilling, nod to 9/11. 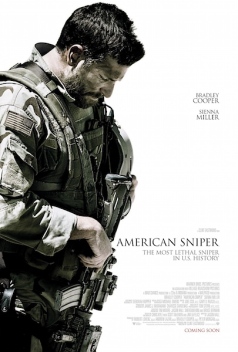 Politics aside, American Sniper is an adequately-made film. Eastwood’s direction is at best workmanlike, at worst laughably clichéd. Jason Hall’s screenplay rehashes better movies’ insights into the mental effects of war on combatants. Neither elicit much excitement from a half-arsed sniper-vs-sniper storyline. The film belongs to a bulked-up Bradley Cooper, who reportedly displays more nuance than Chris Kyle had in real life.

Politically, it isn’t quite the distasteful right-wing paean its American reception and success might have you expect, but it’s certainly blinkered, nationalistic, occasionally racist, and unenlightening. Perhaps, as a portrait of a modern American serviceman, that’s only appropriate.