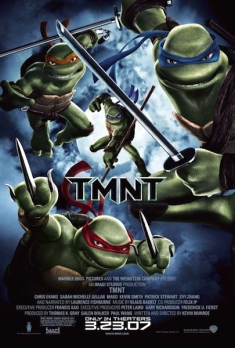 The kids’ phenomenon of the ’80s/’90s has never quite gone away, and this film is one thing that kept it ticking over in the ’00s. I watched out of nostalgia, which may’ve been a mistake.

Eschewing an origin story, it dives in as a sequel rather than reboot; consequently, you constantly feel you’ve missed something, particularly given the focus on the heroes’ fractured relationships. The plot’s alright, though it’s an odd choice to not use any of the franchise’s major villains. Some action sequences are moderately entertaining, but other animations have provided better.

I expected little and was still disappointed.