Some people have decided that January is actually the 13th month of 2020, given how most of the woes of last year didn’t magically evaporate when our arbitrarily-appointed start-time for a “new year” rolled around. Funny that. It’s a nice idea — to think that we can write off this month by association with last year — but, the way things are going, I think if you want to carry that idea through you’re going to end up with a 2020 that has 17 or 18 or 19 months… perhaps even a full 24, who knows.

So, back in the real world, the inevitable “second year of shittiness” that is 2021 began with January. Here’s what I watched during it… 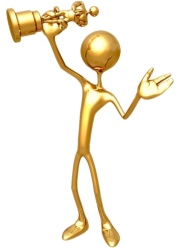 Favourite Film of the Month
Cartoon Saloon have produced several excellent movies, but WolfWalkers may be their best yet — gorgeously animated, an exciting adventure, with plenty of heart too. Such a shame it’s buried away on Apple TV+ where most people will never see it.

Least Favourite Film of the Month
Wholly predictably, it’s Cats. I mean, really, did you expect anything else?

Worst Dinner Party of the Month
Sure, the antics of the couple at the heart of Who’s Afraid of Virginia Woolf? may be famously uncomfortable and wild and weird, but that’s nothing on standing up at your father’s birthday meal to announce to dozens of assembled friends and family that… well, that would be a spoiler. Suffice to say, Festen’s got this one.

Most Jingoistic Action Movie of the Month
Joint Security Area may deconstruct and expose the futility of war and nationalism, but that’s hardly stopped other action movies indulging in it aplenty. Under Siege comes with the prerequisite praising of America’s military might, but the villains are its own agents gone rogue, so at least there’s some acknowledgement of their own (potential) flaws. Wolf Warrior, on the other hand, sometimes borders on propaganda piece… although the fact they feel the need to send basically their entire army to track down a handful of insurgent mercenaries isn’t actually the great advertisement someone might’ve thought it was…

The Audience Award for Most-Viewed New Post of the Month
Now, normally I’m quite strict about this category — which means that if, say, I post something on the last day of the month it basically stands no chance of making it, because it doesn’t have as much time to build up the hits. However, I published my review of Death to 2020 at 11pm on December 31st — having only a single hour to qualify for last month’s count seems a particularly unfair fate. So that’s why I’ve declared it this month’s winner, especially as it got more than four times the views of the ‘genuine winner’, my Christmas TV post. (Talking of “posts on the last day not doing well”, the TV column I posted yesterday afternoon amassed enough views in that short time to come a close-ish second/third, which just goes to show, um, something.)

In case you missed them, I began January with my usual extensive multi-post review of the previous year…

Now, as for actual film reviews…

A new year means a new Rewatchathon, too. My goal of 50 rewatches means I need to average four a month, so this year isn’t off to the best start…

I rewatched Happy Death Day immediately before its sequel (see #4 on the main list). Their shared “reliving the same day” conceit means the second film has a lot of references back to the first, so they work quite nicely as a double-bill.

I’ve fancied rewatching Crimson Tide for a while, but it never seems to be available anywhere, so I gave in and bought it from Apple — it was only 50p dearer than renting it. Then they went and announced the Disney+ Star slate and it’s going to be on there. Oh well.

With cinemas still shuttered here due to lockdown, it once again falls to streamers to provide the brand-new releases. Netflix are promising at least one original movie premiere every week throughout 2021 (with some 70-odd films coming in total). Once upon a time you would’ve assumed that was based on a technicality — i.e. lots of cheap made-for-TV-style filler to bolster the numbers — but, so far at least, they’ve been keeping the standard at a level of noteworthiness. For example, January’s offerings included the hard-hitting drama Pieces of a Woman, which comes with plenty of awards buzz; blockbuster-ish sci-fi action with Anthony ‘the Falcon’ Mackie in Outside the Wire; adaptations of bestselling books like The White Tiger and Penguin Bloom; and they even wheeled out that good old Brit-flick formula of quality actors + period setting in The Dig, with Carey Mulligan, Ralph Fiennes, and Lily James starring in a true story from the 1930s. Meanwhile, Amazon had Dave Franco’s directorial debut, The Rental. Not quite as high-profile a slate, eh.

In terms of catalogue stuff, it was really the TV catch-up services that were catching my eye in January, including Korean Cold War spy thriller The Spy Gone North on iPlayer, alongside acclaimed sports doc Hoop Dreams, Beatles classic A Hard Day’s Night, and recommended gambling drama Mississippi Grind. Over on All 4, I missed some classics I’ve been meaning to see for years, like Animal Farm and Withnail & I, but still available (for a few weeks yet) are the likes of A Taxi Driver starring Song Kang-ho, and Danish crime thriller The Guilty, which is currently being remade for Netflix by Antoine Fuqua and Jake Gyllenhaal.

Because I don’t have enough to watch as it is, this month I subscribed to MUBI. Okay, I have plenty to watch, but the offer of £1 for three months was hard to pass up — I mean, at that price, watch just one film and it was worth it. I’ve already watched a couple, but films on my watchlist for the remaining time of my cheap subscription include Bacurau, High Life, Paterson, Rocco and His Brothers, Transit, and… Showgirls. Yes, Showgirls is on MUBI.

None of which stopped me from buying more stuff on disc, of course. In terms of brand-new releases, I’ve got The New Mutants in 4K, Arrow’s new edition of Southland Tales (including the longer Cannes cut), and the bells-and-whistles-less 4K reissue of Total Recall (the 1990 one, obviously), plus Eureka’s release of the Inner Sanctum Mysteries, which I have at least started (see #14). Watching JSA (#13) inspired me to plug some of the gaps in my Park Chan-wook collection, so I picked up I’m a Cyborg and Thirst nice and cheap; and Kind Hearts and Coronets (#12) prompted me to buy StudioCanal’s bells-and-whistles-full 4K edition of The Ladykillers. Finally, thanks to an HMV sale I continued to fill out my Ray Harryhausen collection with The Beast from 20,000 Fathoms and The Valley of Gwangi. Between those and the various Indicator box sets, I’m only a couple away from owning all his feature film work. Just need to watch some more of them now…

Slightly belated UK releases for Promising Young Woman with Carey Mulligan, and Tom Hanks in Paul Greengrass’s News of the World. Hopefully I’ll have reviews of both. 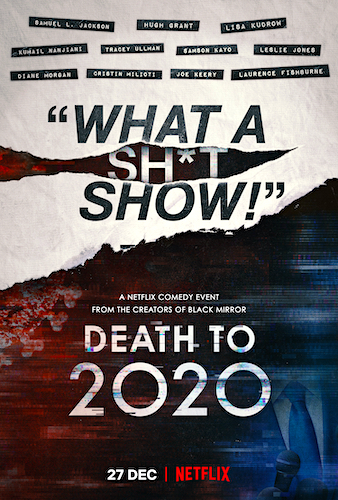 As if the line between film and TV wasn’t becoming blurred enough already, 2020 has torn it to shreds. It’s now basically up to streamers whether they brand something as “a film” or a “special” or whatever (some individual websites might insist on labelling any Netflix original movie as “TV”, but I’m not sure anyone’s listening). This feature-length one-off from the makers of Black Mirror is, officially, “a Netflix Original Comedy Event” — so it’s a TV special, really, isn’t it? I probably shouldn’t be counting it as a film. Oh, but who cares?

Despite the lack of familiar title format, Death to 2020 very much follows in the footsteps of the Wipe series of year-in-reviews specials Charlie Brooker used to make for the BBC. It’s both documentary and mockumentary: it recaps the real-life events of the year, with minimal diversion into satirical fantasy, but archly commented on by an array of actors portraying fake experts. The Netflix budget means some properly big names are involved: Samuel L. Jackson, Hugh Grant, Lisa Kudrow… the list goes on. The prime absentee is Brooker himself, only piping up occasionally as an offscreen interviewer.

Perhaps unsurprisingly, it focuses on the major events of the year from a UK/US perspective — other countries (like Australia, China, and… um… I think that’s it) only enter the equation when events there affect everyone else (like, y’know, starting a global pandemic). That makes sense given who made it, but maybe less so for Netflix as a global company. But then, not everything needs to appeal to everyone. I’m sure if they had a French satirist on the books, they’d be producing a Franco-centric special. 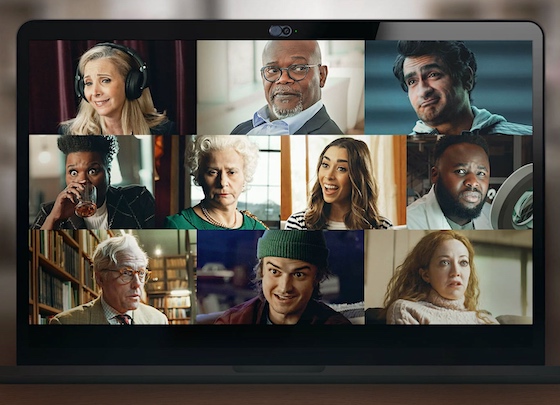 It’s to Death to 2020’s disadvantage that, this year, we’ve all been paying more attention to the news than ever. That might seem like a benefit — a knowledgeable, informed audience means you can cut straight to the jokes with minimal prompting — but I think instead it means we’ve already heard most of the humour. We’ve spent all year making these gags ourselves, trying to alleviate the doom-laden (inter)national mood. The other, related, problem lies in trying to appeal to an international audience. In trying to keep things accessible for both sides of the pond, Brooker and co avoid getting into the weeds of local politics. Brexit is briefly mentioned rather than deconstructed; US politics is limited to the election. Specificities of lockdown life are dodged almost entirely. Trying to stick to broad, globally-familiar topics seems to keep the humour similarly generalised.

Nonetheless, it starts out quite funny, even if they’re mostly riffs we’ve heard before. But around the time it hits the killing of George Floyd, the jokes dry up. If you’re not a racist dickhead, there’s little funny about the organisations that supposedly protect us instead arbitrarily murdering people. Death to 2020 knows this and picks its targets carefully, but it seems to kill the humour nonetheless — the jokes continue, but the humour in them dries up.

It turns out the biggest problem isn’t unoriginality or too broad a target audience, but rather that 2020 was such a shitshow that it’s just no fun to be reminded of it, even in an intentionally comedic context. It doesn’t help that we’re facing a 2021 that promises at least several months of being equally as bad. Maybe one day we’ll be able to look back on all this and laugh, but just as likely we’ll prefer to forget.