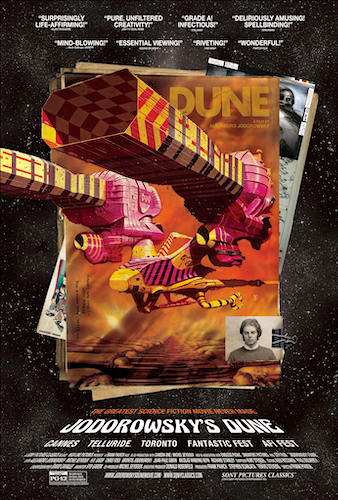 In 1974, director Alejandro Jodorowsky was hot off a pair of psychedelic projects — “acid Western” El Topo and surrealist fantasy The Holy Mountain — that had brought some cult attention and success (El Topo was the original “midnight movie”, while The Holy Mountain was apparently second only to that year’s Bond film at the Italian box office). Consequently, his French distributor, Michel Seydoux, offered to produce whatever he wanted to do next. Jodorowsky’s answer was Dune. He’d never read it, but he had a friend who said it was fantastic.

So begins the crazy story of how a director of surrealist Mexican art-films came this close to making an epic space opera out of one of the most acclaimed science-fiction novels ever written, but, in his failure, accidentally helped give birth to Star Wars (sort of), Alien (indirectly), and possibly the entire history of screen science-fiction that did actually get made in the ensuing 40 years. Sounds like a bit of a stretch? Um, well, yeah… but that doesn’t stop some of this documentary’s contributors from asserting it, and they do kind of have evidence.

Mind you, Jodorowsky’s Dune is full of interviewees making grand assertions, not least the eponymous filmmaker himself. He unironically describes his Dune as “the most important picture in the history of humanity”. He pitches himself as a prophet, thinks of his crew as spiritual warriors, and is convinced the film was going to be a great message for humanity; that it would literally change the world. The lack of self-awareness when he considers Douglas Trumbull to be full of his own importance is palpable. Jodorowsky’s regard for himself and the project may seem deluded, but at least he was committed. They spent two-and-a-half years developing this movie, including storyboarding every shot and getting exactly the right kind of people for the cast and crew — he pursued Dalí literally around the world to persuade him to play the Emperor; he rejected Trumbull, not because of an ego clash, but because he felt he was a technician rather than a spiritual person. He’s a bit barmy, but Jodorowsky definitely believed what he was doing was some grand transcendent enterprise. 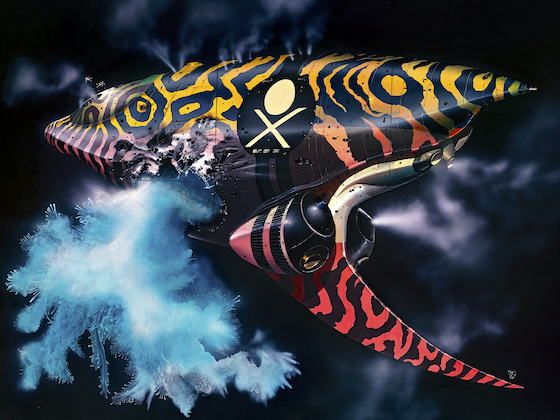 Such an attitude might get you far with arty types, but it doesn’t wash with the moneymen of Hollywood. The film had a projected budget of $15 million, and they went to the Hollywood studios seeking the last $5 million. In hand they had a giant tome containing all the storyboards, the costume and production designs, and so on. The book convinced them — it was well planned out and reasonably costed — but this barmy director — whose only previous films were weird psychedelic experiences; whose response to “make it under two hours” was, “why? If it needs be, it’ll be 12 hours, or 20!” — he didn’t fill them with confidence. And so they didn’t get the money, and the film fell through. Well, duh. Surely they could see how that was going to go? Maybe people just weren’t as savvy in the ’70s, especially these optimistic, committed artists.

All the documentary’s interviewees act like this was a problem with Hollywood moneymen having no vision, but c’mon, it’s easy to see where they were coming from. Plus, the fact that “the book convinced them” is just the word of Seydoux. Maybe Jodorowsky’s history and attitude was just a convenient excuse, because a lot of the stuff that was designed and planned is quite out there, especially to the mind of a ’70s Hollywood suit. It brings us back to how everyone’s making grand assertions: they all acts like the film was going to be an unquestionable masterpiece, but it seems to me there’s a much higher chance it would’ve been terrible. For one thing, there’s doubt over if they even could have made it. It was an insanely ambitious project, with plans to do things George Lucas wouldn’t even attempt in the prequel trilogy, never mind what he struggled to get done in 1977. But there’s a first time for everything — 2001 still holds up, after all, and that was made seven years earlier. Still, I don’t know how successful Jodorowsky’s surrealist mindset would’ve made it as a movie — it probably would’ve been even less palatable to a mainstream audience than the Lynch version. 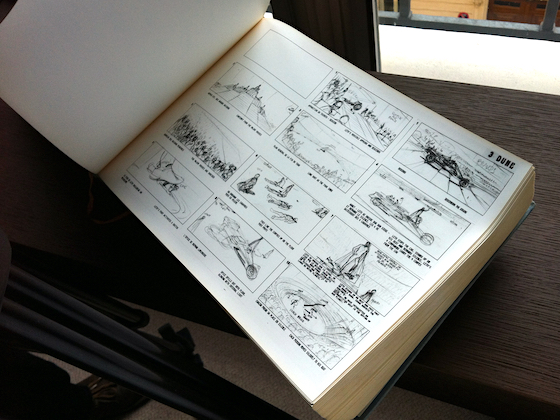 That said, there seems little doubt Jodorowsky was ahead of his time here. For starters, the idea of making a 12-hour film isn’t so ludicrous anymore. In the deleted scenes (there’s a hefty 46 minutes of them on the Blu-ray), he acknowledges people wouldn’t sit through that, saying he was prepared to release it in chunks if necessary — so, just like Lord of the Rings would do to huge success 25 years later? Jump forward another 20 years, and it’s even how they’re doing Dune, in two parts! Of course, it was unprecedented in 1975; and, decades later, Rings was still seen as a gamble, but it paid off and Hollywood is now littered with franchises where instalments connect up as closely as TV series. And what of TV series, where you’re also seeing 12-hour (or longer) single narratives.

Aside from general questions of form, when you look at some of Dune‘s storyboards and plans you can see mirrors to stuff that wouldn’t be done until later. This is where the claim that Jodorowsky’s work on Dune led to Star Wars, Alien, et al, comes from, because you can see parallels between what he did and what would come after. His film was never made, but they produced 20 copies of that book I mentioned, and only two are known to exists (one with Jodorowsky, one with Seydoux). The rest were left with Hollywood studios. Were they passed around behind-the-scenes? Did the likes of Lucas and Spielberg and Ridley Scott and Mike Hodges and James Cameron really see them and pilfer ideas? Or is it just coincidence — Jodorowsky thought of them first but couldn’t execute them, then others thought of them independently and pulled it off. Pick your own side.

However, the claim that Dune led almost directly to Alien is less dubious. After he rejected Trumbull, Jodorowsky saw John Carpenter’s Dark Star and was impressed enough to hunt down its visual effects guy, Dan O’Bannon. Concept artists he hired included Chris Foss (painter of sci-fi book covers, mainly spaceships); Moebius (French comic book artist, for costume designs and storyboards); and H.R. Giger (German artist, who designed the dark and twisted world of the film’s villains). Those who know their Alien history might recognise all of those names: after Dune fell through, O’Bannon went on to write Alien, and all three of those designers followed on to the project. Maybe Alien would have come together just as well without the lead-in from Dune, we’ll never know, but those connections are pretty striking. 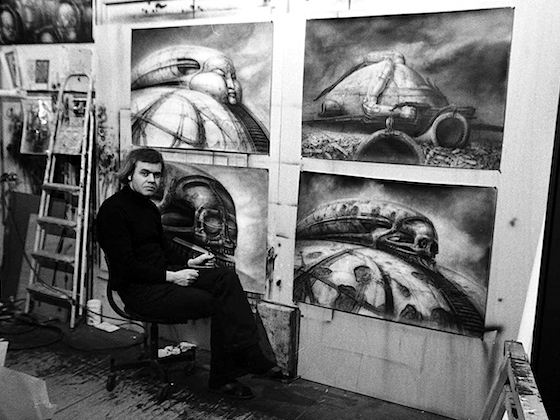 Lest you feel bad for everyone just ripping Jodorowsky off, he was able to recycle some of the ideas himself. His vision for Dune was only broadly faithful (one of the better deleted scenes is about his attitude to adaptation, which it seems Frank Herbert agreed with; i.e. that it’s not about being faithful, but reimagining something as a new, different work of art), and so he had plenty of fresh ideas that, presumably, weren’t tied up in the rights to Dune. Jodorowsky and Moebius piled some of these directly into later comic book collaborations, like The Incal and The Metabarons. A good idea never dies, I guess. Well, whether they were good ideas or just good in Jodorowsky’s mind, I don’t know. It does make me interested to read those books, though.

Jodorowsky’s Dune is an interesting “what if” in the history of science-fiction cinema, and this documentary does a good job of being a making-of for a movie that was never made. (If you think this review reads like I’ve just regurgitated the entire story, I promise, there’s a lot more in the film; not to mention the unique benefits of hearing it from the horses’ mouths, rather than my abridgement for the sake of appending my own opinions.) Some critics assert the documentary does more than just recount interesting anecdotes; that it offers some kind of transcendent viewpoint about the creation of art. Maybe if you’re of a similarly spiritual disposition to Jodorowsky himself, that’s what you’ll take from it. For me, it’s most interesting as a window into what might have been. If it had been made, would Jodorowsky’s Dune occupy the place of Star Wars in our culture? Its devotees think so. I don’t, to be honest. But it’s fun to think about.

The trailer for Denis Villeneuve’s new adaptation of Dune will be released later today.