I’ve only got a small selection of TV viewings to offer this month (check out the “things to catch up on” section for all the big stuff I’ve missed), but at least that means it can be headlined by a series that I hope gets the attention it deserves…

Year of the Rabbit  Series 1

Ripper Street gets a comedic makeover in Channel 4’s recent comedy series, which stars Matt Berry (of Toast of London fame, and also recently seen starring in the series version of What We Do in the Shadows) as a Victorian detective by the name of Rabbit. He investigates murders and other nefarious goings-on amid the scum of the East End accompanied by a rookie posh-boy sidekick (Freddie Fox) and the force’s first female officer (Susan Wokoma).

Rabbit juggles three things at once: being a comedy, being a case-of-the-week cop show (with basic storylines that would hold up in a genuine cop show), and also a conspiracy arc plot. That it pulls all three off (just about) with only c.25 minutes per episode is impressive. In that respect it reminded me a bit of BBC Two’s wonderful The Wrong Mans, which was definitely a comedy but also definitely a crime thriller. The style and tone of the humour is very different, mind: Wrong Mans was quite grounded, whereas this is kookier and borderline surreal, as you’d expect from Berry, really. By way of example: every episode features an aside of street urchins selling a different East End delicacy, like “twigs in a bun”. It’s also quite freewheeling: running gags are quickly established and just as quickly abandoned; other things that seemed like discardable bits come back later.

The three leads are stars that ably carry the show. Berry’s talents are well documented (I guess to a lot of people he’s Toast, but I’ve never actually got round to that. I always remember him from one of his first roles, in Garth Marenghi’s Darkplace). Fox’s family legacy may suggest he could play “posh boy” in his sleep, but a stint undercover as a Cockney geezer proves his range. Wokoma more than holds her own as the young woman determined to break into the police (her dad may be the boss, but he’s no help) and prove she’s as good as the guys. The recurring supporting cast are their equal, including Paul Kaye as a rival copper out to ruin Rabbit, Keeley Hawes as a scheming feminist, and, most memorably, David Dawson as a theatrically camp Joseph ‘Elephant Man’ Merrick (under a movie-quality prosthetic — the production values are no slouch either). There’s also blink-and-you’ll-miss-it cameos from Berry’s Shadows collaborators, Taika Waititi and Jemaine Clement.

Rabbit wraps up its arc plot, but ends with a tantalising tease for a second series storyline. It’s not been recommissioned yet, but I’ve optimistically labelled this “series one” because the writers already have ideas for more and, well, I really want some more.

The Twilight Zone  ‘Best Of’ 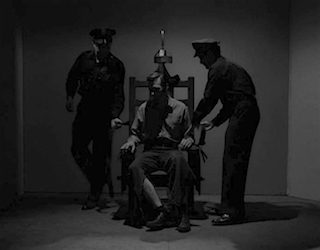 Having exhausted the top tens of both IMDb’s and ScreenCrush’s Twilight Zone episode rankings in my four previous “best of” selections, I’ve still only scratched the surface of the series: I’ve reviewed 16 episodes, which is 10% of the 156 that were produced. Now: the only reason I’ve been using ScreenCrush’s list is that I happened to see it on Twitter — it’s certainly not the only ranking of its kind. So after a bit of Googling for alternatives (which included rejecting BuzzFeed’s list because it was consistently illustrated with bloody big spoilers), I’ve decided to use Paste’s ranking to dictate which episodes I watch next. That’s partially because 50% of their top ten is episodes that weren’t in either IMDb’s or ScreenCrush’s, so that’s quite interesting. Indeed, their writer, Oktay Ege Kozak, has some very different opinions to ScreenCrush’s Matt Singer, as we’ll soon see…

Indeed, the second-biggest difference is up first: season two’s Shadow Play is right up in 4th on Paste’s list, but a whopping 98 places lower at 102nd on ScreenCrush (it’s 22nd on IMDb). It’s the story of a man sentenced to execution, who claims that they’re all living inside his dream and if he’s executed everyone else will cease to exist. Is he trying to plead insanity… or might he just be telling the truth? Paste are on the money here: this is a great little story, with Dennis Weaver as the condemned man driven to the brink by (he claims) being executed over and over in a never-ending nightmare; and, on the other side, the DA and court reporter struggle with the idea that he might be telling the truth, meaning they’re not people at all but mere figments in someone else’s dream. It’s a horror story of a nightmare and an existential musing all in one, with a strong vein of tension about what will happen in the end. Kozak praises it for pulling all that off, but Singer counters that “the premise is too convoluted [with] two ideas that would each work more effectively on their own.” I can see where he’s coming from, but I don’t wholly agree — if you disconnect the two ideas, they’d both need something to fill the resultant gap in order to function as narratives.

There’s closer agreement about Paste’s 6th choice, season three’s Five Characters in Search of an Exit, which ranks 14th on IMDb and 32nd on ScreenCrush. Singer writes that “if you enjoy the movie Cube you have this episode written by Serling from a story by Marvin Petal to thank,” which immediately put it high on my must-see list because I love Cube. This has a similar premise: five mismatched strangers awaken in a featureless metal cylinder, each with no memory of who they are and how they got there. The top of their de facto prison is open — if they can just climb up there, maybe they can find answers. The result is both a mystery drama about just what’s going on, and something of a character study on dealing and coping with situations you can’t explain or change. Naturally, there’s a twist ending. In fact, at one point the characters, theorising about why and how and where they are, list a bunch of options that all sound like Twilight Zone endings. It’s quite a bold move, really; almost acknowledging the show’s MO, and casually discarding a bunch of potential conclusions in the process — and if one of them was your guess, well, the show’s just laughingly dismissed you before the halfway mark! Weirdly, though, I did manage to guess the twist pretty precisely from early on. I’m not sure how, really — blind luck, I think, because there’s nothing to tip its hand. Possibly it’s just experience: as with so many Twilight Zone twists, this was probably highly innovative and/or unusual back in the ‘60s, but has been imitated and copied (deliberately or otherwise) since. Still, as a mystery thriller, the episode is as good as any of the similar works that have been produced in its wake. 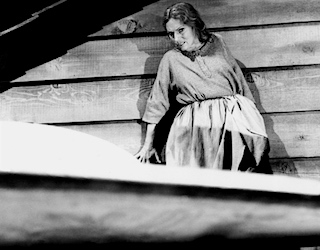 One of the series’ more famous episodes is in 7th place for Paste (IMDb #28, ScreenCrush #58): The Invaders, starring Agnes Moorehead as the lone inhabitant of a remote shack, who must suddenly deal with hostile six-inch spacemen landing their saucer on her roof. It’s a near-silent drama, as Moorehead is terrorised by the miniature monsters and struggles to fend them off. And, obviously, there’s a twist. I don’t want to sound boastful, but, yeah, I saw it coming. I’ve said this many times now, but I really do suspect the series is a victim of its own success in this regard — it’s 60 years old and highly influential, so of course all the media a modern viewer has experienced leaves us ready to guess the outcomes. Actually, I bet it’d be a great show for kids — a formative experience; and, with less media exposure, the twists might retain the appropriate level of mind-blowing-ness. Anyway, at least The Invaders has more going for it than just the final reveal, with the woman vs the mini-spacemen playing like a tense horror movie. There’s a lot of praise for Moorehead’s performance, but I thought she was overacting somewhat in compensation for her lack of dialogue. In fairness, though, this was made for 1961 TV sets — with no speech to work with, the performance needed to be ‘big’ to come over on those tiny tellies. Unfortunately, it’s another mark against the episode when watched in HD on a modern setup.

Two season one episodes round out Paste’s top ten, both of which are placed considerably higher than on ScreenCrush’s list. In 9th place is Perchance to Dream, which is ranked way down at 128th on ScreenCrush, and 87th on IMDb — both sizeable gaps, and in this case I side with the latter. It’s about a man with a weak heart who thinks his dreams are trying to kill him, only it’s somehow much more dull than that setup sounds. It doesn’t even have any great point or twist to cap it off. Kozak reckons this is a “haunting, cinematically captivating campfire story [that] never lets go of its meticulously built suspense until the wickedly unforgiving finale,” an opinion I don’t agree with a word of, sadly. Singer says that “while Conte’s character is terrified to fall asleep, the whole thing is a bit of snooze,” and that I do agree with.

Finally for now is The Lonely, which is ranked 10th on Paste (obv.) but only 105th on ScreenCrush (IMDb is much closer at 27th). Sorry to harp on about this, but here’s another episode that may’ve been great once but recent years have seen other films and TV series tackle similar themes in much greater depth, far surpassing the mere 20-odd minutes it’s afforded here. Indeed, this is the rarest of things in my experience: a Twilight Zone episode where 25 minutes isn’t enough to explore its concept. It’s about a man imprisoned in solitary confinement. His cell? An entire asteroid (filmed on location in Death Valley, which adds a magnificent grit and desolation to the visuals). He’s visited quarterly by a supply ship, and after a few years the captain takes pity on him and brings a robot woman to be his companion. It’s as good a setup as any, but the episode simply doesn’t have the time to dig into the questions and musings it throws up — though it’s not helped by wasting most of the first half on chatter between the prisoner and the captain, establishing their relationship more fully than the one between the prisoner and his robo-woman; a relationship the episode supposedly hinges on.

So if there’s one Twilight Zone episode that begs to be remade and expanded upon, it’s this one. It’s even ripe for someone to add one of the series’ trademark ironic twists — I thought of two or three while watching, but the episode itself doesn’t have one, exactly (I mean, it kinda does, but it’s more a plot development than a final, cruel twist of the knife like the series’ best). But then again, does it need remaking when other storytellers have already taken up this episode’s theme and expounded on it better? This is a forerunner to the likes of Her and Ex Machina and Blade Runner 2049 and the Westworld TV series. You’ll note those are all very recent works (the eldest, Her, has yet to reach its 6th anniversary), which perhaps shows how far ahead of its time The Twilight Zone was. But their thoughtfulness also really shows up how little The Lonely actually has to say about its subject matter.