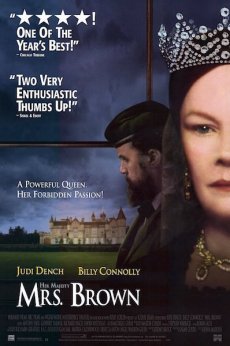 Period drama focusing on the friendship between Queen Victoria and her Highland servant John Brown, alongside political threats faced by the British monarchy in the 1860s.

There are undoubtedly some parallels to be drawn with recent Oscar-winner The Queen (British Queen retreats to Balmoral to escape the public eye amidst political events threatening the monarchy’s future, etc), but the real treats here are the performances. Judi Dench is fantastic as ever as the Queen, a character more complex than the stereotypical “we are not amused” image; and comedian Billy Connolly is surprisingly effective in a rare serious role.