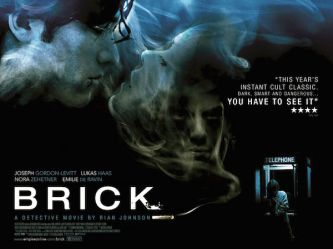 There’s a nagging sense that you’re watching a student short film for large chunks of Brick, especially at the start. This is accompanied by a niggling worry that it’s also been vastly overrated.

But it does, eventually, kick into gear — the incomprehensible plot becomes a bit clearer and the fantasy that these high school kids are in some film noir becomes less irritating and more quite fun.

It occasionally lapses back into its earlier problems but, all said, I’m glad I bothered to stick with it.