It’s the moments we’ve all been waiting for, as David Tennant returns to Doctor Who and Game of Thrones returns to our screens. Spoiler-free reviews of both (and more) follow… 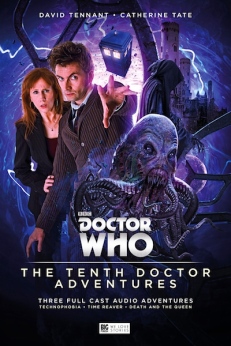 One of Doctor Who’s most popular eras is revived this week, as David Tennant returns to the headline role for the first time since 2013 for a debut series of Big Finish audio dramas. By his side is Catherine Tate’s Donna — what initially sounded like terrible casting but turned out to be a fantastic Doctor/companion pairing. (I know not everyone’s convinced by her even now, but you can’t win ’em all.) Given Tennant’s enduring popularity as the 10th Doctor, it’s no surprise his return to the role has brought Big Finish more attention than ever — their website even went down for a few hours on Monday, unable to cope with the rush of fans downloading the new stories. (And yes, I’m kinda bending the rules by reviewing audio drama in a TV column… but, a) these are designed to recreate a TV series in audio form, and b) it’s my column and I can review what I like.) So do they live up to expectations? Thankfully, yes. Setting out to emulate the era they’re from, they follow the model set out by the first three episodes of every Russell T Davies-helmed season of NuWho: a present day one, a future one, and a past one.

The first is Technophobia by Matt Fitton, which is set in our recent past (and therefore Donna’s near-future) when the new M-Pad tablet computer seems to be causing the populace to forget how to use technology. Tennant and Tate hit the ground running — it’s a cliché, but it really does sound like they’ve never been away. Their sprightly performances contain little of the stilted “I’m reading this script aloud for the first time” acting that sometimes plagues audio drama. Fitton captures the style and tone of their single TV season to a tee — if they’d done a second year together, you can well believe this as its first episode. Even Howard Carter’s incidental music is a mostly-fitting substitute for Murray Gold’s iconic work.

The middle tale is sci-fi adventure Time Reaver by Jenny T. Colgan, a best-selling romantic novelist who’s turned her hand to multiple Who projects (including a 10th Doctor and Donna novel published last week to tie-in with these dramas). For me, this was the weak link of the trilogy, though it’s by no means bad. There are some fantastic ideas, but at times their inspirations show through too clearly, and the execution is sometimes lacking. This was Colgan’s first audio drama, and dare I say it shows. Sequences like an action-packed barroom brawl are a little too ambitious to convey in an audio-only medium, and the dialogue is regularly forced to describe what’s going on. On the bright side, Mr Carter offers more magnificent sound design — the noises made by cephalopod villain Gully are immensely evocative.

The final episode is the group’s historical outing, Death and the Queen by James Goss, and it may be the best of the lot. Our intrepid duo find themselves in the kingdom of Goritania in 1780, when it comes under siege from a destructive cloud that contains Death himself. Goss mixes comedy with peril in just the right quantities to create a story that is an entertaining romp but also manages to expose different facets of the Doctor and Donna’s relationship. If Fitton has bottled the essence of RTD, here Goss evokes Steven Moffat, with a time-jumping opening ten minutes that you can well imagine on TV, but which also work perfectly in audio. Things slow a bit later on, with the dialogue sometimes going in circles — a fault of all three of these plays, actually. They could’ve benefited from a trim to fit within the TV series’ 45-minute slot, rather than allowing the freedom of not having to conform to a schedule let them to slide to 55-ish.

That’s only a niggle, though, and one that pales beside the excitement of having Tennant and Tate back in the TARDIS. This is a run of adventures that largely evoke the pair’s time on TV without being a needless carbon copy of it, meaning they work as both a marvellous hit of nostalgia and exciting new adventures in their own right.

All three stories are currently available exclusively from the Big Finish website, going on general release from 1st September. They can be purchased individually (either as a CD+download or download-only), or as part of a limited edition box set (CD+download) that comes with a 78-minute behind-the-scenes documentary and an hour-long introduction to other Big Finish works, all encased in a book with exclusive photography and articles.

Ah, love a bit of Eurovision, even if the songs weren’t as good this year. Ok, you might say they never are, but there’s often one or two half-decent ones (I still listen to Conchita Wurst’s Rise Like a Phoenix sometimes, mainly because it’s the best Bond theme released in the last decade). Even then, the winner wasn’t the best of that middling bunch, though it probably had the best message. In fact, the best song of the night was the Swedish hosts’ half-time number, Eurovision-spoofing Love Love Peace Peace (watch it here). The much-heralded new voting system worked like a charm… at least for audience tension purposes. Poor Australia with that last-minute lose… though as they shouldn’t really have been there in the first place, it’s hard to feel too bad for them.

Trying not to add to the tumult of spoilers (just in case), I thought that The Red Woman was the now-standard GoT season opener (a mix of recapping/establishing where everyone is, and just beginning to shuffle those players around the board for their next moves) done as well as it’s ever been. Home was where the season really kicked into gear, though — quicker than some other years have managed, that’s for sure. One particular moment was much discussed, understandably, but events elsewhere — both in Westeros and Essos — would’ve been enough to excite interest without it. Oathbreaker engaged more with its flashbacks than its ‘present day’ actions, though another episode-ending scene at Castle Black reiterated the series’ warts-and-all vision of the world. Finally, Book of the Stranger was an immensely satisfying hour — the kind of thing Thrones allows us all too rarely, considering how often its heroes are crushed. Apparently the writers have said this is the year the series’ female characters finally begin to really ‘fight back’, and it would seem this episode is where it begins. 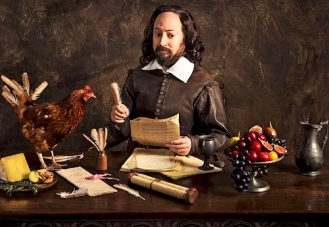 I can’t remember the last time I saw a new multi-camera sitcom that wasn’t either, a) a bit meta (like Miranda or Mrs Brown’s Boys), or b) a revival (like Red Dwarf X). I don’t know if that says more about the current TV landscape or the kind of things I watch, but either way it surprised me when that was the form Upstart Crow took. It’s just one element that gives it the feel of Blackadder, which I don’t mean as a criticism. Even if it feels a little dated in its execution, there are plenty of laughs — some easy, some clever — and, really, what more do you want from a comedy than to laugh? It may not be up to Blackadder’s highest highs (yet — there’s still time; you never know), but I’d wager it stands fair comparison to the classic’s comparatively-lesser instalments… which I mean to be a less critical assessment than it sounds.