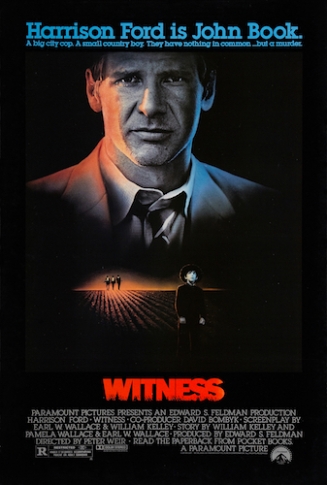 Witness is, I think, one of those (many) films that used to be pretty well-known but hardly anyone seems to talk about anymore. I guess it falls into that bracket of being “very good, but not great”, and, devoid of the kind of cult appeal that can keep good-not-great movies popular for decades, it’s kind of slipped off the radar.

It’s the story of an 8-year-old Amish boy (Lukas Haas) who, while travelling with his mother (Kelly McGillis) through Philadelphia, happens to witness the murder of an undercover cop. The case is handed to Detective John Book (Harrison Ford), who manages to get the boy to ID the murderer, but that puts the trio in danger, so they hide out among the Amish community.

With such a storyline, the film could descend into a culture-clash comedy — the big city cop chafing against historical rural life — but, while that clash is certainly in play, it’s not milked for laughs. Rather, the film is about Book experiencing a way of life so different to his own, and it changing his perspective on the world. Indeed, with the focus it gives to Amish ways, the film almost seems like it wanted to be a documentary about that community as much as a story. Certainly, the crime plot is a little rote, though it builds to a thrilling climax, with a definite touch of “modern Western” about the film’s style and structure. Additionally, the burgeoning romance between Book and the boy’s mother is touchingly and believably handled. 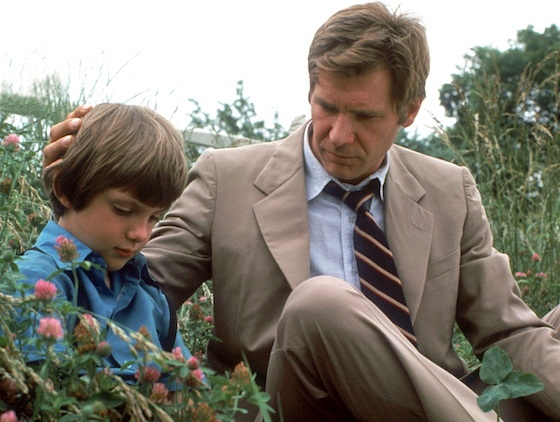 Ford gives a good performance, though I didn’t think it was that far outside his usual wheelhouse, actually. Sure, this is a drama where he plays a real-world cop rather than an adventure flick where he’s a dashing space smuggler or a swashbuckling matinee idol, but he’s still a bit of a charming rogue who eventually reveals his good heart. Or maybe Ford is just so effortlessly good that he makes it look easy. Among the rest of the cast, look out for a baby-faced Viggo Mortensen, popping up briefly with no lines.

The film’s only significant downside is a horrible synth score by Maurice Jarre. Maybe it’d be fine in itself, if ever so ’80s, but it’s an ill fit with the film’s theme about the appeal of traditional ways of life.

Otherwise, Witness is, as I said, a good-but-not-great kind of drama; a more-than-solid effort from all involved, but not so remarkable that it’s endured among Great Movies. There’s nothing particularly wrong with that, mind. Certainly, in our present era of Western cinema where that sort of dramatic movie is falling by the wayside as studios focus solely on mega-budgeted effects spectacles, this kind of film feels all the more wanted. 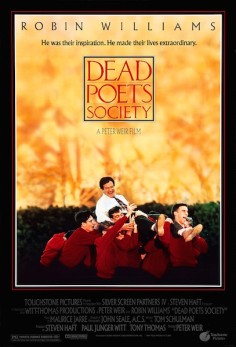 At an oppressive private school (is there another kind?), a gaggle of disenchanted students are invigorated by teacher Robin Williams; until his methods, and the independent thought they inspire, attract the ire of parents and faculty.

Here’s a film all children should see, to understand the value of free thought and rejecting the system. Cynics probably find its purity of message, coupled with a tragic ending, to be over-sentimental and twee, but this earnestness is what makes it work.

Dead Poets Society is on BBC Two tonight at 11:35pm.

In the interests of completing my ever-growing backlog, I decided to post ‘drabble reviews’ of some films. For those unfamiliar with the concept, a drabble is a complete piece of writing exactly 100 words long. You’ve just read one.