The Dark Tower started life as a literary work that is, according to its author, Stephen King’s magnum opus: a series of eight novels, written over 30 years and spanning some 4,250 pages, that not only tell their own genre-mash-up story, but also reference or connect up many of King’s more widely-known works. Since 2007 there have been various efforts to try to wrangle such an epic work onto the screen, with perhaps the most high-profile being Ron Howard’s ambitious plan to spread it across both film and TV, alternating a trilogy of big-budget movies with seasons of TV on HBO in order to adapt the whole saga. This clearly proved to be too formidable a goal, but eventually paved the way for what was released: a single 90-minute film. From one extreme to the other, eh…

It’s easy to imagine why fans of the books have found this film disappointing, then — I mean, there’s no way they’ve managed to accurately condense seven novels (and some of them very long novels at that) into an hour and a half. But, despite the series-encompassing title, it’s my understanding that it’s primarily an adaptation of the first novel, so surely fans would know they could expect the rest of the narrative if sequels were produced? The perceived problems must go deeper, therefore, and be more general: leaving aside fan reaction, the film has a Rotten Tomatoes score of just 16%. 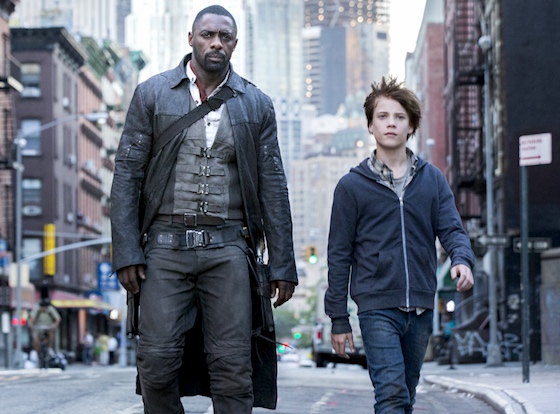 Well, I don’t know what people were hating, because I thought it really wasn’t that bad. I can’t comment on its faithfulness or thoroughness as an adaptation, but as an action-fantasy movie in its own right I thought it held together pretty well. It only cost $60 million (a bargain for a blockbuster nowadays), but they got good value for money: it doesn’t look cheap, and it has a respectable lead cast as well. Idris Elba’s presence may’ve pissed off some people (his character has consistently been depicted as white in illustrations accompanying the books), but he seemed to fit the role. Matthew McConaughey makes for a decently unsetting bad guy. Our identification figure is a kid played by Doctor Foster’s Tom Taylor, who’s fine here but got to show more chops in that series.

The relatively stringent budget probably explains why it’s a little light on things like epic action sequences, with those that are included feeling like the makers were probably doing their best on a limited expenditure — the action isn’t bad, but those scenes aren’t as awesome as the film thinks they are. Less readily excused is the plot, which is a bit slim — the story is very straightforward, despite the intricate fantasy gubbins dressing it up, moving directly from A to B to C with minimal complication. Similarly, familiar character arcs are efficiently executed. But if a film’s biggest crime is unoriginality, it’s no worse than the majority of Hollywood’s output for the past 20 or 30 (or more) years, is it? 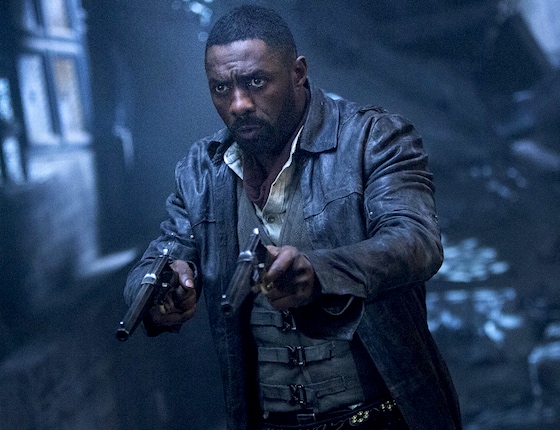 Well, according to script editor (and fan of the books) Andrew Ellard in his discussion of the movie, that’s precisely the problem. He argues the film represents “the exact same competent mediocrity we’ve seen before from — say — I, Robot or I Am Legend. Not a bad film especially. Just kinda nothing. Or like Inkheart or Assassin’s Creed, fantasy you won’t remember tomorrow. But the books are fascinating. Full of ideas & imagery that haunt you. To pick the blandest, most generic stuff? Dumb.” This, I do suppose, is what fans were primarily upset about. If you don’t know the books then the film we’ve been given is fine as just a reasonable time-passer, but if you feel that it could — should — have been something truly special, how frustrating that must be.

The Dark Tower grossed $113 million, which, at less than double its budget, probably isn’t enough to secure the mooted sequel (especially when it’s put in comparison to 2017’s other Stephen King adaptation, It, which surpassed $700 million). I guess someday it’ll get re-adapted, probably as a TV series, maybe by Netflix, or Amazon, especially if they still haven’t found the Game of Thrones-beater they’re currently looking for. Until then, this version stands as a reasonably enjoyable quickie — not as bad as you may’ve heard, but apparently not all it could’ve been either.

The Dark Tower is available on Sky Cinema from today.