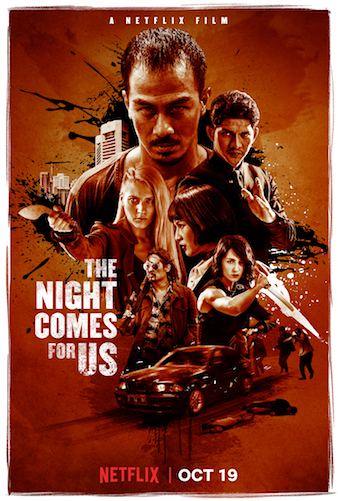 Tucked away amongst the raft of original content Netflix decided to release all at once yesterday was this, which caught my attention by dint of one of its stars: Iko Uwais, the action genius best known for starring in The Raid and The Raid 2 (or, alternatively, his cameo in The Force Awakens). Intrigued, I gave it a quick Google, coming across this piece at Birth.Movies.Death., which propelled the film straight to the top of my watchlist. Well, that BMD review majorly oversells it, in my opinion, but the film has its moments.

Joe Taslim (who played Uwais’ boss, the leader of the raid, in The Raid) is the star this time. He plays Ito, a Triad enforcer who suddenly grows a conscience halfway through massacring a village, killing his Triad underlings to rescue a little girl. He turns to his old pre-Triad gang for help, because sure enough the Triad want their revenge. To achieve this they send a whole army of henchmen (naturally — you need plenty of people for our hero and his chums to slaughter, right?), led by Arian (Iko Uwais), another member of Ito’s old gang who joined the Triad at the same. Cue person conflicts and switching allegiances.

The whole storyline is quite perfunctory and rather something-and-nothing (and, considering that, gets a bit too much screen time), but it’s a sideshow because the real star is, of course, the action choreography. That’s as relentless and barmy as you’d expect given the pedigree of the cast and crew (director Timo Tjahanto was also responsible for another Uwais vehicle, Headshot), but it’s not just martial arts acrobatics being splattered across the screen: there’s enough blood and gore on show to rival any horror movie. It’s not just dainty little bullet wounds, knife scratches, or even some blood splatter — limbs are broken and dismembered, faces are graphically smashed in, and at least one person literally spills their guts. Viewers with a weak disposition need not apply. 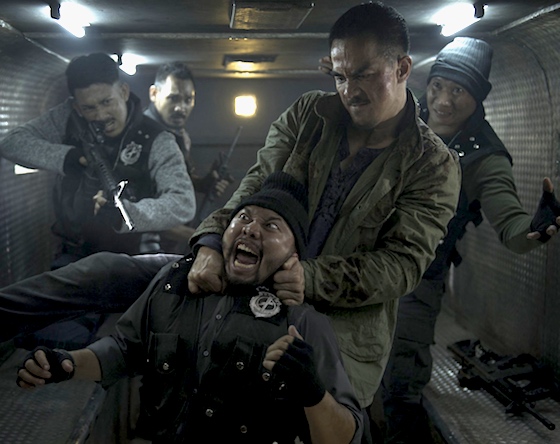 Uwais may be the most recognisable name, and Taslim is the main character, and they both get impressive action sequences (including a climactic one against each other), but mention must be made of Julie Estelle (who also starred in The Raid 2 and Headshot) as the mysterious Operative, whose role in all the plotting is never fully explained (or if it was, I missed it) — but she gets perhaps the best fight of all, taking out a couple of waves of henchmen with guns and explosives, before engaging in hand-to-hand and blade-to-blade combat with two fellow female equally-badass assassins.

But, all in all, it’s no The Raid 2. Well, that’s one of the greatest action movies of all time, so perhaps the comparison is unfair. But, personally, I would also put it a step behind something like The Villainess, another underworld actioner with a flair for crazy set pieces. Still, put aside the hyperbole you might encounter elsewhere online and, for viewers after a brutal, skilful action extravaganza, The Night Comes for Us does hit a spot.

The Night Comes for Us is available on Netflix now.