My name is Annie. I’ve been with Laura and Dale. The good Dale is in the Lodge and he can’t leave. Write it in your diary. 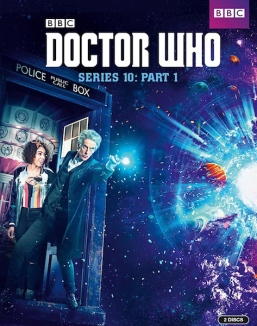 This is shaping up to be a top-quality run of Who. You have to go back a good few years to find a similar-length run of consecutive episodes with the consistency this season is boasting. Obviously there are some divided opinions out there (as I’ve noted before, there is literally no pleasing all of Doctor Who fandom), but the consensus seems to be pretty positive.

So, the past month’s episodes kicked off with Smile, which sees writer Frank Cottrell-Boyce return after the mediocre In the Forest of the Night for a much stronger adventure. It plays like Doctor Who meets Black Mirror: emoji-faced robots try to keep people happy by killing those who aren’t. The use of emojis was a neat reflection of current culture, the episode looked fantastic thanks to some stunning location filming, and the Doctor/Bill dynamic is constantly entertaining. It wasn’t perfect: any sense of mystery or investigation was shortchanged by the episode’s own pre-titles that gave the game away, and the denouement was a little muddled on some thematic points. Still, A for effort.

Thin Ice brought to mind previous Whoniverse episodes (series five’s The Beast Below and Torchwood series two episode Meat), but there’s a long, rich history of self-plagiarism within Who so that’s hardly unprecedented. Besides, the devil’s in the details: here’s another evocative location well-realised by the production team, and writer Sarah Dollard keeps things spry — again, Bill’s attitude pays dividends. The structure of her learning something new about the Doctor every episode, and challenging some of his actions and reactions, and in turn him challenging her, is working very nicely. 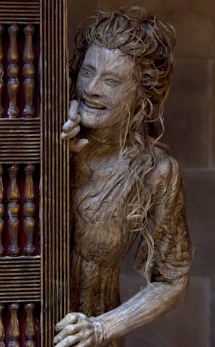 The fourth episode, Knock Knock, by Doctor Foster’s Mike Bartlett, is my least favourite episode so far this series; but it’s not bad, just not all it could be. The horror-movie-styled first half was suitably atmospheric, and there was some great gruesome imagery, but the episode runs out of steam as it goes on, with a talky and hurried resolution provoking as many questions as it offers answers. Guest star David Suchet gives an expectedly strong performance, with some particularly nice notes after the truth about his past is revealed, even if that rushed finale ill serves his subtle transformation. It’s a shame it’s this episode that has the iPlayer-exclusive “binaural” version, because I’m curious about that process but in no rush to rewatch the episode itself.

Finally, Jamie Mathieson — writer of some of the best episodes of Capaldi’s tenure — returns with Oxygen, another superb addition to his CV. At a base level the episode functions as a zombies-in-space thriller, but it’s powered by a cynically satirical setup, which leads to plenty of great one-liners. Clever plot developments allow for some effective sequences (the spacewalk seen from Bill’s semi-unconscious perspective) and some neat “how are they going to get out of that?” aspects to the episode’s climax — yes, we know Bill’s not going to die and the Doctor’s going to regain his sight, but the “how?” matters here.

Of course, as things turn out, it’s not all as neat as expected, and we have a hook to draw us on into the middle of the season. If they can keep this up, it’ll definitely be worth sticking around for the pay-off.

In the wake of the network-enforced resolution of the Laura Palmer storyline, Twin Peaks flounders. The writers clearly took a while to find a new footing, not helped by behind-the-scenes kerfuffles that led them to have to scrap entire prominent storylines (primarily, Kyle MacLachlan vetoed a Cooper-Audrey romance, reportedly because his then-girlfriend Lara Flynn Boyle was jealous of co-star Sherilyn Fenn). Utter phrases like “Super Nadine”, “Ben Horne wins the Civil War”, or (especially) “James Hurley on the road” to a Twin Peaks fan and you’re liable to give them a chill up the spine — and not the good kind.

Ultimately, Twin Peaks’ second season is a lesson in what happens when you take your eye off the ball. David Lynch was away doing something else*, Mark Frost was also away setting up his directorial debut, and by the time they returned Peaks had been bumped to Saturdays (TV’s biggest night here in the UK, but a graveyard in the US), ratings had plummeted, and the writing was on the wall. The last few episodes represent a return to form, and the Lynch-helmed finale is nightmarish filmmaking of a kind you’d be surprised to see on TV even today, never mind in 1991, but it was all too little too late. Of the cliffhanger ending, Lynch has said: “that’s not the ending. That’s the ending that people were stuck with.” Hurrah for the imminent continuation, then, which will presumably wrap everything up… as much as Lynch ever does, anyhow.

* “Making Wild at Heart,” people usually say, but that film was released a month before Peaks’ second season even began airing.

A dancing gorilla! A man singing a duet with himself! A rap/yodelling mash-up! A Moldovan trio who could apparently only dance with their right legs! A guy up a stepladder wearing a horse’s head in a slate-walled room covered with chalk-scrawled words that looked like it was straight out of a horror movie asylum! Måns Zelmerlöw again! All accompanied by Graham Norton on fine form with his biting, sassy commentary (“All her family play the fiddle. In fact, her brother will be fiddling with her on stage later.”) Oh Eurovision, never change.