Like some kind of Walder Frey impersonator, I’m having two feasts in a fortnight — two feasts of TV reviews, that is!

It may’ve passed you by (don’t think I’ve seen any coverage of it anywhere at all), but Game of Thrones is back, so that’s where I’ll begin…

Season premieres of Thrones are typically concerned with re-establishing where all the major characters are, and maybe moving their stories on a few baby steps to indicate where they’ll be headed this season. Dragonstone is no exception. So where Arya had arrived in Westeros to kill the Starks’ enemies, now she’s slaughtering them by the hallful; where Bran and Meera were headed for the Wall, now they’re passing through it; where Jon and Sansa were taking charge in the North to be ready for war, now they’re preparing for war; where Sam had headed to the Citadel to research important stuff, now he’s in the Citadel researching important stuff; where Cersei had taken the Iron Throne and Jamie had his doubts, now Cersei’s preparing to defend her kingdoms and Jamie has his doubts; and where Dany was sailing for Westeros with her hodgepodge military, now she’s landed in Westeros. The wonder of Thrones is that it can take such scene-setting and turn it into riveting television.

That’s because everything about the show is so well put together. Each sequence offers one or more out of sharp-witted dialogue, sublime direction, surprising emotion, or badass mass-murder, alongside consistently stellar performances. David Bradley, Rory McCann, and Sophie Turner were the particular standouts this episode, I thought, with special mention for all that John Bradley had to endure in the name of a montage. Although some scenes only left us with more questions about the future, others were satisfying vignettes in their own right. It’s a good mix.

In fact, the only thing letting the side down was the well-publicised cameo by Ed Sheeran. If you have no idea who Mr Sheeran is then perhaps his appearance was fine — his acting was no worse than dozens of other bit players they’ve had on the series before now. But if you do know who the singer-songwriter is, his appearance was like being served a cheese board accompanied by cheese crackers with a glass of melted cheese and extra cheese on the side. After devoting what felt like a significant chunk of time (but was probably mere seconds) to him singing a song, Arya trots over to him and goes, “I don’t know that one,” and he says, “it’s a new one,” which he may as well have followed up with, “which you can hear in full on my new album, available now everywhere music is sold.” I have no idea if he has a new album out, or if that song would be on it if he did, but that’s how it felt.

Anyway, maybe next week Arya will murder him in his sleep. Things to look forward to… 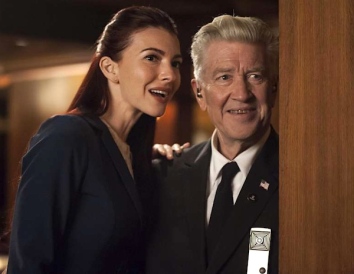 Slowly, very slowly, the disparate strands of Twin Peaks Mk.III seem to be coalescing into a coherent, connected story… which is almost more frustrating, in its own way. By that I mean: when it was wilfully obscure, you just kind of went with it — it was Lynch being Lynch, and you had to let it wash over you and allow your feelings to do the deduction about what it was supposed to signify. Now that the plot is beginning to crystallise into something your rational brain can make sense of, it feels a mite slow in getting there. I mean, while Dougie Jones is less annoying than he used to be (helped in no small part by the brilliance of Naomi Watts), I still miss real Coop, and we’re running out of episodes to spend time with him again. Was MacLachlan just feeding us a red herring when he said he’d “almost forgotten how to play him”? Because he hasn’t played him yet! Ach, we’ll see. It remains defiantly its own thing, and at least we can trust Lynch is going somewhere with it — even if we may never be able to work out precisely where that somewhere was… 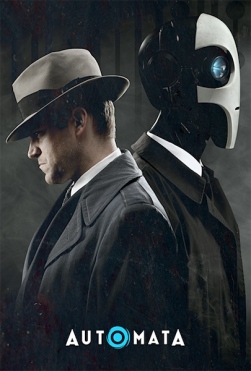 Based on a webcomic from the creators of Penny Arcade and funded through Kickstarter (so far it’s only available to backers), this miniseries-cum-pilot (the five short episodes total 58 minutes) takes place in an alternate Prohibition-era America, where “Prohibition” instead refers to the ban on production of automatons — sentient robots. Ex-copper Sam Regal (Basil Harris) and his partner Carl (voiced by Doug Jones), an automaton, now make ends meet as PIs, doing the usual PI thing: photographing cheating spouses. Only this time the run-of-the-mill case leads them into a murderous web that encompasses speakeasies, robo-gigolos*, underground automaton-hating gangs, and a twist ending (natch).

There are two particularly striking things about Automata. The first is its interesting alternate history. From this opening season (which, as I alluded to earlier, is equivalent to a single episode really) it’s tricky to get an idea of how fully imagined it is, but this is a promising start. Secondly, it has really strong production values, especially for something on such a low budget. In particular, the CGI used to create the automatons is exceptional. But it’s also very nicely shot, with the deep shadows so evocative of noir. It was made available in 4K, so it’s the first thing I’ve bothered to properly watch in that quality since I got my new TV. I must say, I’m not sure it looked any better than a good 1080p transfer. That said, I didn’t watch it side by side with its lower-res version, and my screen is on the low end size-wise of those available in 4K, so maybe it wasn’t the fairest test of the format. When I finally get round to American Gods, or when The Defenders comes out, then I’ll give it a longer trial.

Anyway, personal technological observations aside, Automata is a well-made proof-of-concept that should satisfy anyone who thinks “Prohibition-era noir story, but with robots!” sounds like a good pitch. And if you’re still not sure, you can watch an atmospheric trailer here. Whether this’ll lead to a full-blown series, or even just further miniseries like this one, it’s too early to say, but I’ll be there to watch them. (And I’ll try to remember to mention when this one becomes available to non-backers, too.)

* That’s not what they call them, I just thought it sounded good.